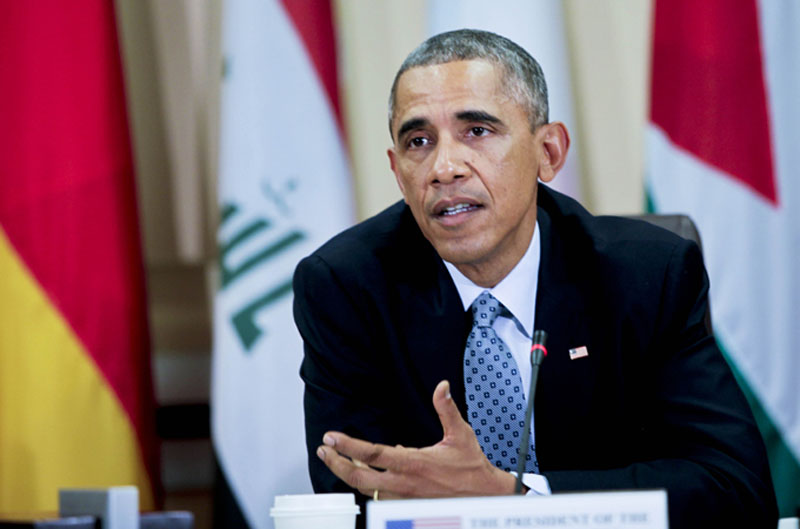 US President Barack Obama has said sending more US troops to Iraq signals a “new phase” in the fight against the Islamic State and Levant (ISIL) group.  After earlier unveiling plans to send up to 1,500 more American troops to Iraq to advise and train its forces, Obama told CBS News on Sunday that the US-led effort to defeat ISIL was moving to a new stage.

Phase one was getting an Iraqi government that was inclusive and credible – and we now have done that,” Obama said. “Rather than just try to halt (ISIL’s) momentum, we’re now in a position to start going on some offence,” he added, stressing the need for Iraqi ground troops to start pushing back ISIL fighters. “We will provide them close air support once they are prepared to start going on the offence against (ISIL),” Obama said. “But what we will not be doing is having our troops do the fighting.”

Going on the offensive will be a signficant challenge for Iraq’s forces, which saw multiple divisions fall apart in the early days of the ISIL June offensive, leaving major units that need to be reconstituted. Meanwhile, ISIL said that a British national had carried out a suicide bombing that killed a senior Iraqi police officer. The group said in a statement posted online that “Abu Sumayyah al-Britani” detonated a truck carrying eight tonnes of explosives on the outskirts of the northern town of Beiji, killing Major General Faisal al-Zamili.

Friday’s attack came during heavy clashes as pro-government forces seek to fully retake Beiji. Iraqi military said they have now reached the centre of the northern oil city. The Syrian Observatory for Human Rights, a monitoring group, meanwhile said Sunday that fighting for the border town of Kobane in neighbouring Syria had now killed more than 1,000 people, mostly jihadists. -aljazeera