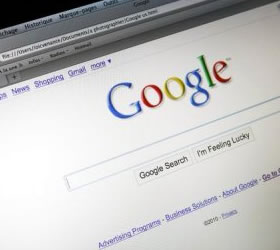 AFP – Google said that it had dismissed an engineer for violating the Internet giant’s privacy policies.

Google did not provide any details about Barksdale’s offenses but the website Gawker.com said the 27-year-old engineer was fired in July for allegedly accessing the accounts of four teenagers without their consent.

“We carefully control the number of employees who have access to our systems and we regularly update our security controls,” he said.

“For example, we are significantly increasing the amount of time we spend auditing our logs to ensure the controls are effective,” Coughran said.

“That said, a limited number of people will always need to access these systems if we are to operate them properly, which is why we take any breach so seriously,” he said.

According to Gawker, Barksdale, who worked as a “Site Reliability Engineer” at Google’s Kirkland, Washington office, “repeatedly took advantage of his position as a member of an elite technical group at the company to access users’ accounts, violating the privacy of at least four minors.”

Gawker said that in an incident this spring involving a 15-year-old boy, Barksdale tapped into call logs from Google Voice, Google’s online phone service, after the boy refused to tell him the name of his new girlfriend.

After accessing the boy’s account to retrieve the girlfriend’s name and phone number, Barksdale then threatened to call her, Gawker said.

Gawker cited an unidentified source as saying that Barksdale’s actions “did not appear to be sexual in nature” but “demonstrated extraordinarily questionable judgment.”

The firing comes amid a continuing debate in the United States over the handling of private information collected by Google, the world’s leading Web search engine, and Facebook, which has more than 500 million members. – France24