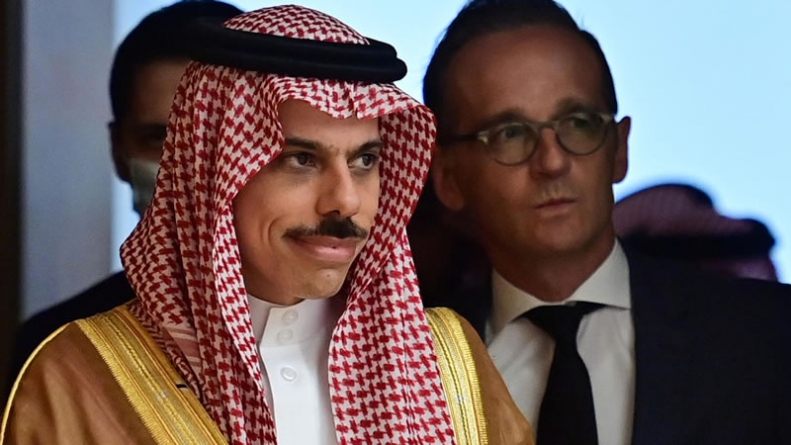 Saudi Arabia said Wednesday it would not follow the United Arab Emirates and establish diplomatic ties with Israel until the Jewish state had sealed a peace accord with the Palestinians.

Saudi Foreign Minister Prince Faisal bin Farhan told reporters on a visit to Berlin that “peace must be achieved with the Palestinians” on the basis of international agreements as a condition for any normalisation of relations with Israel.

“Once that is achieved all things are possible,” he said.

The surprise Israel-UAE deal last week is only the third such accord Israel has struck with an Arab country, after Egypt and Jordan, and raises the prospect of similar accords with other pro-Western Gulf states.

Until now, Saudi Arabia, the Arab world’s biggest economy, has maintained a conspicuous silence over the deal, but local officials have hinted that Riyadh is unlikely to immediately follow in the footsteps of its principle regional ally despite US pressure.

At a news conference with his German counterpart Heiko Maas, Prince Faisal reiterated criticism of Israel’s “unilateral policies” of annexation and building settlements in the West Bank as “illegitimate” and “detrimental” to a two-state solution.

As part of the landmark deal, Israel agreed to suspend the annexation of occupied West Bank territories, although Prime Minister Benjamin Netanyahu said the plan was not off the table in the long run.

Palestinians protested the deal as a betrayal by a major player in the Arab world, which has broadly held that normal ties with Israel are only possible once the dispute with the Palestinians is resolved.

Prince Faisal noted that Saudi Arabia had sponsored 2002 Arab peace initiatives holding out the prospect of a normalisation of ties with Israel but said Riyadh now saw no road to diplomatic relations without a Palestinian peace deal.