Cataclysmic Blast Caused Damage across half of Beirut, Left 300,000 Homeless 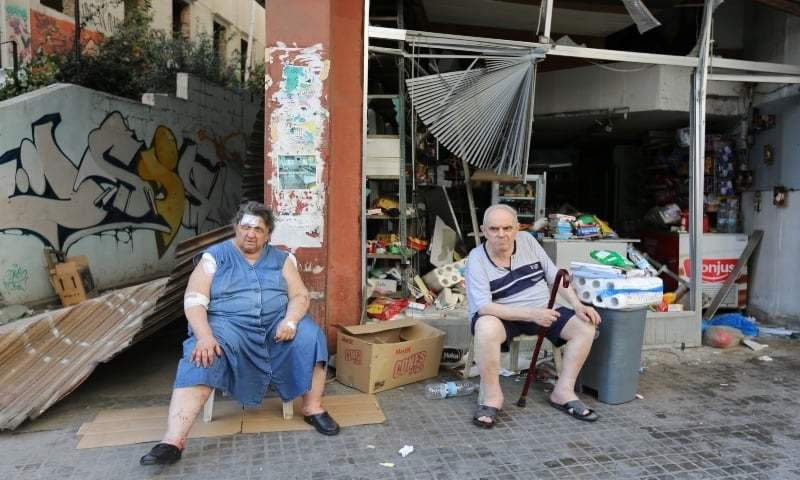 The huge blast in Beirut on Tuesday left 300,000 people homeless and caused damage across half of the city estimated to cost more than $3 billion, its governor said on Wednesday.

“I think there are between 250,000 and 300,000 people who are now without homes,” said Marwan Aboud, adding that the estimated cost of the damage from Tuesday’s explosion was between $3.0 billion and $5.0 billion dollars.

The wife of the Dutch ambassador to Lebanon was seriously injured by a huge blast that took place in Beirut’s port on Tuesday, the Dutch Foreign Ministry said on Wednesday.

A spokesman said she had been admitted to hospital. He said the blast had caused extensive damage to the Dutch embassy, also wounding four other people connected to it.

‘Bomb of some kind’

President Donald Trump said that US generals had told him that the powerful explosions which rocked Beirut appeared to have been caused by a “bomb of some kind.”

“It looks like a terrible attack,” Trump told reporters at the White House. Asked about Trump’s remarks, a Pentagon spokesman said: “we don’t have anything for you” and “you will have to reach out to the White House for clarification.” Trump offered US assistance to Lebanon.

“It would seem like it, based on the explosion. I met with some of our great generals and they just seemed to feel that it was,” he said. “This was not some kind of a manufacturing explosion type of event. It seems to be, according to them — they would know better than I would — but they seem to think it was an attack. “It was a bomb of some kind, yes.” Lebanese officials have not described the explosions which rocked the capital as an attack.

“Our prayers go out to all the victims and their families,” he said. “The United States stands ready to assist Lebanon.

“We have a very good relationship with the people of Lebanon and we will be there to help.”

President Emmanuel Macron will visit Lebanon on Thursday, the first world leader in Beirut after the port blast that wreaked destruction across the capital, as France seeks to provide its former colony with urgent disaster aid.

“I will go to Beirut tomorrow to bring the Lebanese people a message of fraternity and solidarity from the French,” Macron wrote on Twitter. “We will discuss the situation with the political authorities,” he added.

Both sides will be hoping the visit goes more smoothly than a trip last month by France’s top diplomat Jean-Yves Le Drian, who scolded Lebanon’s political elite for being too “passive” in the face of an economic crisis compounded by the coronavirus pandemic.