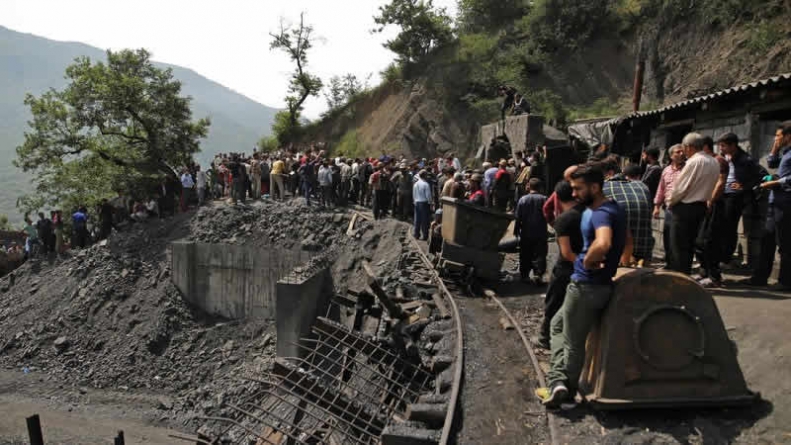 At least 35 miners have lost their lives and scores of others been injured in a coal mine explosion in the northeastern Iranian province of Golestan.

The blast occurred in the Zemestanyurt mine, about 14km outside the town of Azadshahr. Minister of Cooperatives, Labor and Social Welfare Ali Rabiei confirmed the latest death toll in the early hours of Thursday morning, according to Press TV, the English service of Iranian state television. Unfortunately, all miners trapped in the wreckage lost their lives”, Rabiei told the press. Shahin Fathi, Head of the Iran Red Crescent Search and Rescue Unit, said more than 40 miners had been trapped and six of them were rescued with injuries. Rescue operations continue.

The rescue operation was going slowly as tunnels were filled with poisonous gases and miners were stuck at the far end of a 1,000-metre shaft in a mine that is around two kilometres long. Some 600 metres (yards) of the tunnel has been cleared” in the mine, said Reza Bahrami, a mining industry official in Golestan. Authorities were planning to dig a side tunnel to access the stranded workers in the mine near Azadshahr, one official there said. Initial reports put the number of those trapped in the mine at 80, but that figure was later reduced significantly.

Iran extracted 1.68m tonnes of coal in 2016, an increase on previous years, thanks to an easing of international sanctions. It exports only a fraction of the coal and uses most of it in domestic steel production. This is not the first disaster to strike Iran’s mining industry. In 2013, some 11 workers were killed in two separate mining incidents. In 2009, some 20 workers were killed in several incidents.