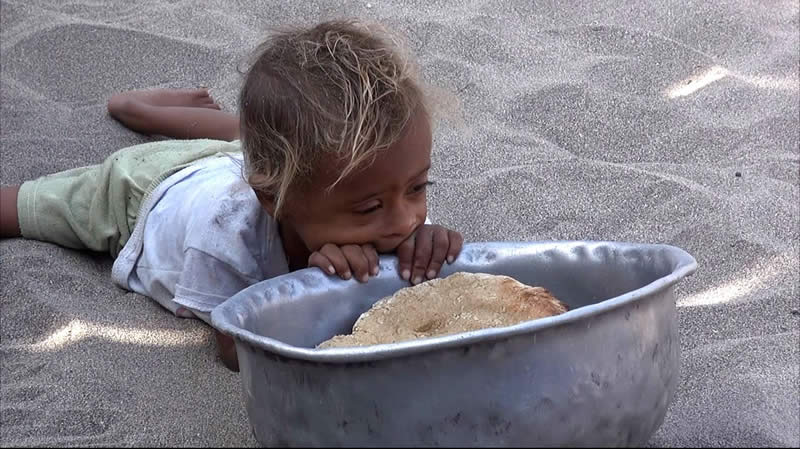 A cry for help Millions facing famine in Yemen

The UN has warned that 17 million Yemenis will be in famine unless the world sends urgent humanitarian help.

Antonio Guterres, the UN chief, issued a call to action on Tuesday at the aid conference held in Geneva where donor countries pledged almost $1.1bn.

But UN says the amount is half of what is needed to combat what it is calling “the world’s largest hunger crisis”. More than two million children are acutely malnourished in Yemen. Aid workers say almost half a million of them are suffering from severe acute malnutrition which is a life-threatening condition. Guterres said that on average, one child under the age of five dies of preventable causes every 10 minutes.

This means 50 children in Yemen will die during today’s conference – and all those deaths could have been prevented,” he said. Our financial situation is bad,” said Fatema Ali Yahya, mother of a malnourished child. Only sometimes we get enough money to buy food. If any of my seven children fall ill, I can’t take them to the hospital because we do not have money for medication.” Yemen was already one of the poorest countries in the region, and the ongoing conflict between the government forces and Houthi fighters has made matters worse.

As a result for the war, my husband isn’t working any more,” said Um Salem, resident of Yemen’s Hodeida. He can’t go to sea for fishing. All men are jobless. We are suffering from a shortage of food.” Malnutrition is affecting all vulnerable parts of the Yemeni society, including the disabled and the elderly. It’s been a year and a half since we’re facing difficulties to get enough food for ourselves and our families. We are getting a little bit of food just to survive and sometimes we just stay hungry,” said Taha al-Nahari, a malnourished Hodeidah resident.

People are also dying of preventable diseases because health services, which used to provide diagnosis and treatment, have collapsed in most parts. Speaking to Al Jazeera from Sanaa, Shabia Mantoo, a spokesperson for the UN’s refugee agency UNHCR, said there will be no end to the humanitarian crisis without a political solution in Yemen. The fault and the cause of suffering is the conflict,” she said. That is what is needed to be resolved in order to stop the humanitarian crisis.”