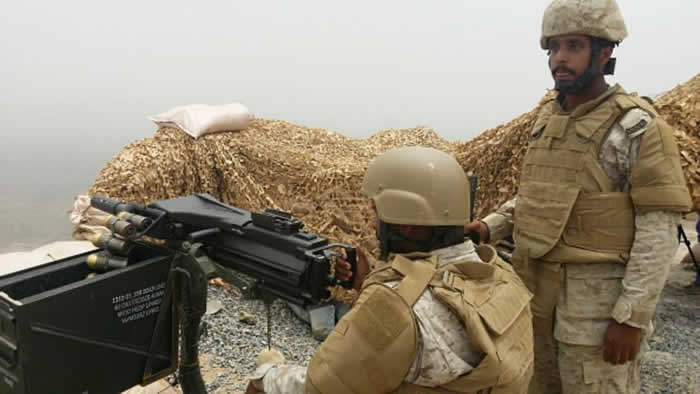 Armed forces from around 20 countries including Pakistan and Malaysia are gathering in northern Saudi Arabia Sunday for “the largest, most important military manoeuvres” ever staged in the region, the official news agency SPA reported.

The “Thunder of the North” exercise involving ground, air, and naval forces sends a “clear message” that Riyadh and its allies “stand united in confronting all challenges and preserving peace and stability in the region”, SPA said.

Saudi Arabia is currently leading a military campaign against Houthi rebels in its southern neighbour Yemen. Last December, it also formed a new 35-member coalition to fight “terrorism” in Islamic countries. Sunday’s announcement also comes as the kingdom, a member of the US-led coalition targeting the Islamic State group, said it has deployed war planes to a Turkish air base in order to “intensify” its operations against IS in Syria. SPA did not specify when the military exercise will begin or how long it will last.

However, the agency called it the “most important and largest in the region’s history” in terms of the number of nations taking part and the weaponry being used. Twenty countries will be taking take part, SPA said. Among them are Saudi Arabia’s five partners in the Gulf Cooperation Council, as well as Chad, Egypt, Jordan, Malaysia, Morocco, Pakistan, Senegal and Tunisia, it added.  A Saudi source said on Thursday that members of the new “anti-terrorism” coalition will gather in Saudi Arabia next month for its first publicly announced meeting. Riyadh has said the alliance would share intelligence, combat violent ideology and deploy troops if necessary.