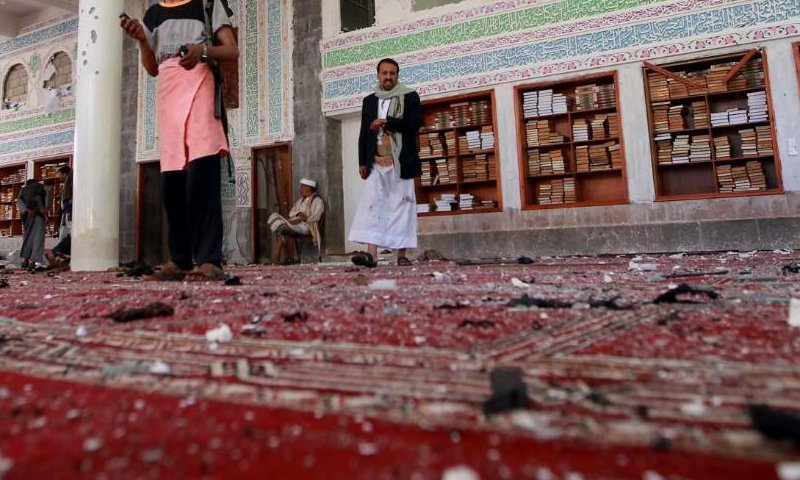 Deadly suicidal bomb blasted in the mosque in Saudi Arabia during the Friday Prayer, martyring many people.

The major bomb blasted in the Eastern Province of Saudi Arabia, the bomb was suicidal attack which claimed the lives of five people, with still chances of increase in the number of causalities.

There is a possibility of increasing number of causalities in the blast as it occurred during the Friday Prayer, when around fifty persons were offering Friday Prayer in the Mosque. According to International Media reports, many people are injured in the attack.

Injured persons are transferred to the nearby hospital to have initial medical check up. Rescue personnel reached the spot and got themselves engaged in the rescue operation for injured persons.