Crisis in Arabian Peninsula: Pakistan Unlikely to Budge On Yemen 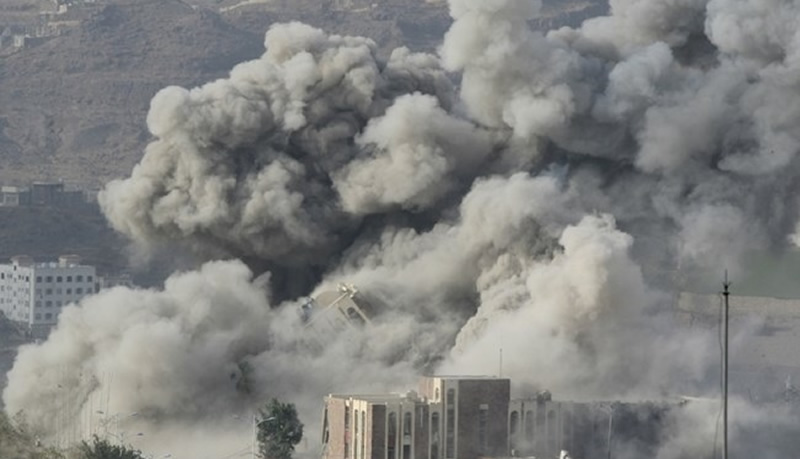 As Prime Minister Nawaz Sharif and army chief General Raheel Sharif prepare to fly off to Saudi Arabia to discuss the armed insurrection in Yemen,

officials say Pakistan is unlikely to change its position and commit troops, ships and warplanes for the Saudi-led nine nation coalition against Houthi rebels.

The trip comes a day after the Saudi-led coalition called off its aerial bombing campaign against the Houthis, codenamed Operation Decisive Storm “on a request by the Yemeni government and President Abedrabbo Mansour Hadi”. However, it left open the option of resuming strikes if the movements of the rebels warrant it. Premier Nawaz and Gen Raheel will be visiting the oil-rich kingdom, which has been pushing Islamabad to join the coalition militarily despite a resounding nay from the Pakistani parliament, to reassure the Saudi leadership of Pakistan’s support on the conflict in the Arabian Peninsula.

A senior government official told The Express Tribune that the message the prime minister and the army chief would convey was clear: political process needs to take precedence over the use of force. “Pakistan does not want to get involved in the conflict militarily,” said the official, who requested anonymity due to sensitivity of the matter.

“Our support for the Saudi integrity and sovereignty is unquestionable but when it comes to sending troops to Yemen the government will stick to the recommendation of parliament,” the official explained. Earlier this month, a joint sitting of parliament voted against joining the Saudi-led military coalition against the Houthis but assured Riyadh of all-out support in the event of any threat to its sovereignty and territorial integrity.

The visit of Premier Nawaz and Gen Raheel is the latest in a series of trips undertaken by senior Pakistani officials as part of efforts to undo or minimise the damage done by the parliamentary decision. The visit has triggered speculations that Pakistan may finally give in to the Saudi demands seeking Islamabad’s direct involvement in the Yemen conflict.