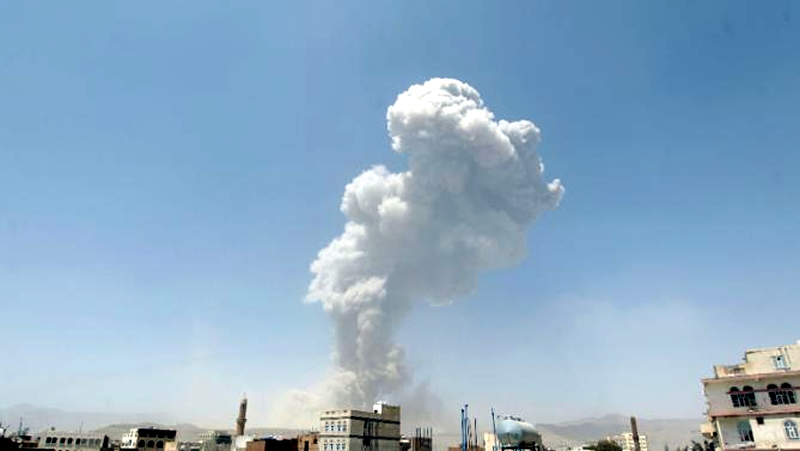 Thick smoke billowed from the site and buildings in several neighbourhoods were shaken after the raid on the base on Fajj Attan hill in southern Sanaa.

The base belongs to the missile brigade of the elite Republican Guard, which remains loyal to former president Ali Abdullah Saleh who has been accused of siding with Huthi rebels in their fight against the government. There were no immediate reports of casualties. In the fourth week of the Saudi-led campaign against the rebels, warplanes hit several positions across the capital on Monday including another Republican Guard base east of Sanaa, witnesses said.

Riyadh last month assembled a Sunni Arab coalition that launched an air war against the rebels as they closed in on embattled President Abedrabbo Mansour Hadi in his refuge in the southern port city of Aden, which he has since fled for Saudi Arabia. (AFP)

US Anger Over IS ‘Atrocity’ Against Christians in Libya

US Anger Over IS 'Atrocity' Against Christians in Libya