Aid Trickles in to Yemen As Death Toll Reaches to 643 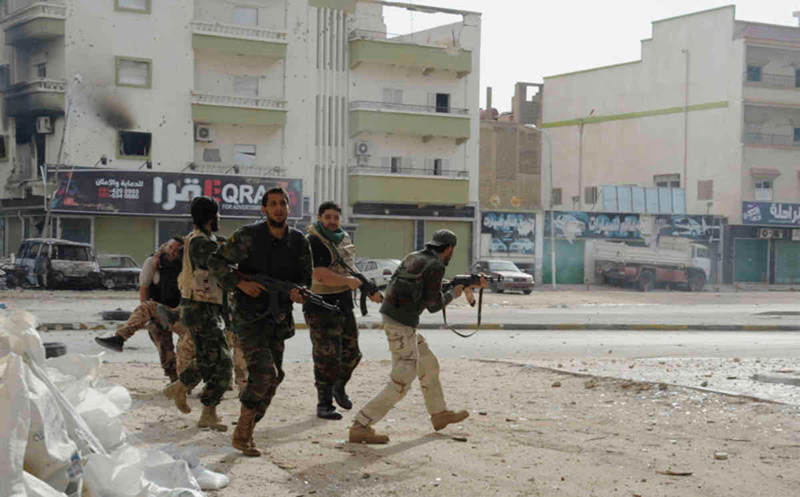 Much-needed aid was trickling into Yemen on Wednesday as rebels fought fresh battles with pro-government forces backed by a Saudi-led air campaign set to enter its third week.

Washington said it had deepened its involvement in the air war on Iran-backed rebels and voiced fears Al-Qaeda was exploiting the power vacuum.

The World Health Organization meanwhile said more than 640 people had died and over 2,200 been injured in the violence since March 19, calling the humanitarian situation “critical”. Aid groups have been struggling to get help into the country, where a Saudi-led coalition last month launched air strikes against Shiite Huthi rebels challenging President Abedrabbo Mansour Hadi. Aid agency Doctors Without Borders (MSF) said Wednesday it had managed to bring a boat carrying 2.5 tonnes of medical aid to the main southern city of Aden, the scene of heavy fighting between rebels and pro-government forces. A second boat belonging to the International Committee of the Red Cross carrying medical aid and personnel also docked in Aden port but could not unload because of fighting in the area, said the air campaign spokesman, Brigadier-General Ahmed al-Assiri. But a planned cargo flight of aid was not able to travel to Yemen due to a “logistical problem”, ICRC spokeswoman Sitara Jabeen said in Geneva.

Fighting has intensified in Aden, Hadi s former stronghold which he fled for Saudi Arabia last month.Bodies in the streets. At least 22 people, mostly civilians, were killed Wednesday as rebel forces shelled the Mualla and Crater residential districtsfrom surrounding hills, a medic and local officials said. Witnesses said bodies could be seen on city streets and mosques called through loudspeakers for aid to the city. Saudi-led warplanes also carried out further strikes, hitting rebel positions at Aden s international airport and the huge Al-Anad air base to its north, a Yemeni military source said.

Read More: More than 540 Dead in Yemen Violence Since 19 March: WHO

The Huthis have seized control of large parts of Yemen including the capital Sanaa and joined forces with security forces who have remained loyal to longtime strongman Ali Abdullah Saleh, forced from power in 2012 after a year-long, Arab Spring-inspired uprising. Riyadh accuses Tehran of backing the rebels and has vowed to bomb them into submission to prevent them establishing a pro-Iran state on its doorstep. On the diplomatic front, the Iranian and Pakistani foreign ministers held talks in Islamabad on Wednesday and pledged to work to find a negotiated solution to the conflict.

Iran s Mohammad Javad Zarif laid out a four-stage plan for talks, calling for an immediate ceasefire followed by humanitarian assistance, dialogue among Yemenis and the formation of an “all-inclusive government”. Washington has backed the Saudi-led coalition and US Deputy Secretary of State Antony Blinken said late Tuesday that it was stepping up weapons deliveries and intelligence sharing in support of the effort. “Saudi Arabia is sending a strong message to the Huthis and their allies that they cannot overrun Yemen by force,” Blinken told reporters in the Saudi capital. “In support of that effort we have expedited weapons deliveries,” he said. A US defence official told AFP that Washington was sending primarily precision-guided munitions. Yemen has been a longstanding US ally, allowing Washington to carry out a drone war against Al-Qaeda s powerful local branch.

Mom Gets 20 Years to Life for Poisoning Son with Salt