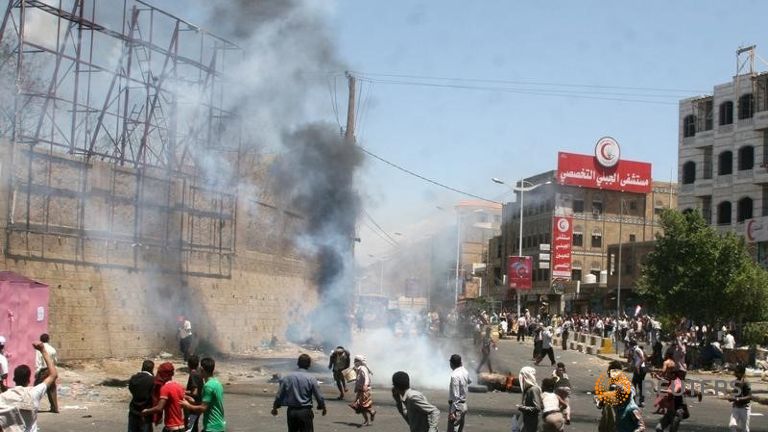 Fighting in Yemen over the past few weeks has killed more than 540 people and wounded 1,700 as the country sinks deeper into a multi-sided conflict, the World Health Organisation said Tuesday.

“More than 540 people have been killed and some 1,700 others wounded by the violence in Yemen since 19 March.

WHO spokesman Christian Lindmeier told journalists, specifying that the toll was up to April 6. UNICEF meanwhile said at least 74 children have been confirmed killed and 44 wounded since March 26, but added that it believed the toll to be far higher. More than 100,000 people have been displaced by the violence, UNICEF said.

“Children are paying an intolerable price for this conflict,” UNICEF Yemen Representative Julien Harneis said in a statement. “They are being killed, maimed and forced to flee their homes, their health threatened and their education interrupted. These children should be immediately afforded special respect and protection by all parties to the conflict, in line with international humanitarian law.”

A UNICEF spokesman said an estimated one million children have been unable to attend school. The spokesman, Christophe Boulierac, explained that the death toll for children included those killed by direct combat and those from indirect causes, with fighting affecting health services, vaccinations and access to drinking water.

Fierce clashes raged Monday between rebels and loyalists in southern Yemen as the Red Cross faced delays to urgently needed aid deliveries. Relief workers have warned of a dire situation in the impoverished Arabian Peninsula state, where a Saudi-led coalition is waging an air war on the Iran-backed Huthi Shiite rebels.