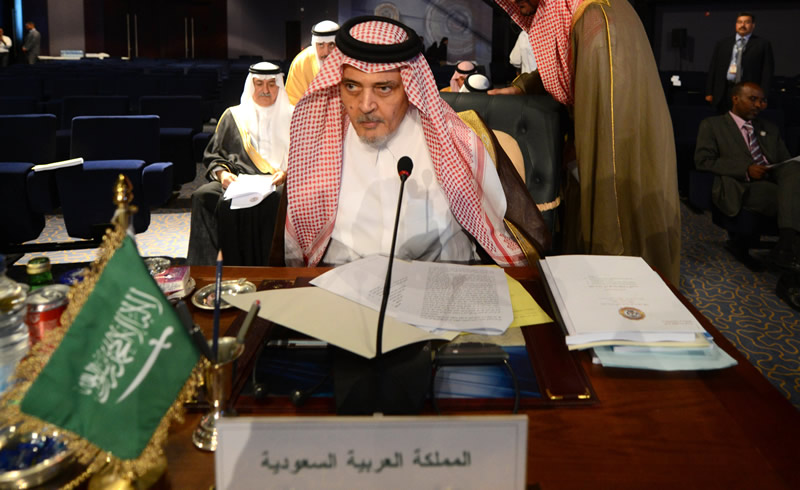 Saudi Arabia’s foreign minister on Tuesday denounced Iran’s “support” for rebels seeking to “destabilise” neighbouring Yemen, insisting that the authorities in his country are not “warmongers”.

Saudi Arabia leads an Arab coalition which since Thursday has been carrying out air strikes against the Huthi rebels and their allies in Yemen.

The Hu this and their ally, former president Ali Abdullah Saleh, “decided with the support of Iran to destabilize Yemen and confuse the issue”, Prince Saud al-Faisal told the Shura Council, according to the Twitter account of the appointed advisory body. “We are not warmongers, but when they beat the drums of war we are ready,” said Saud, who has held the post since 1975 and is the world’s longest-serving foreign minister.

Iran, Riyadh’s rival for influence in the Middle East, has condemned “military aggression” against Yemen and expressed fears about the “very dangerous interference”. The Huthis seized power in the capital Sanaa in February, forcing President Abedrabbo Mansour Hadi to flee to the port city of Aden. –AFP