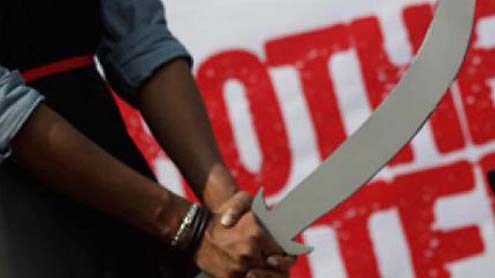 Saudi authorities beheaded a Pakistani man on Sunday after he was convicted of smuggling drugs into the Gulf state, the interior ministry said.

Mohammed Zayer Khan Qol was arrested as he was “smuggling a large amount of heroin” into the kingdom, said the statement published by the official SPA news agency. His beheading in the western region of Mecca brings to 73 the number of executions carried out in Saudi Arabia this year, according to an AFP count.

In 2012, the Saudis carried out 76 executions, according to a tally based on official figures. Human Rights Watch put the number at 69. Rape, murder, apostasy, armed robbery and drug trafficking are all punishable by death under the oil-rich kingdom’s strict laws. -Dawn