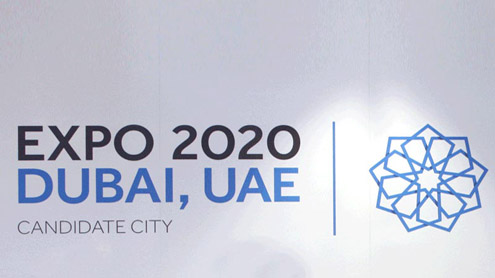 The city which is elected to host the century-old exposition will be declared sometime between 5pm and 9pm UAE time.

As millions of people wait with bated breath for news that could have far reaching positive economic implications for the whole Gulf region, the UAE, all decked up to mark its 42nd National Day, is already in a celebratory mood. With the bidding process for Expo 2020 reaching its nerve-wracking finale this evening in Paris, the city which is elected to host the century-old exposition will be declared sometime between 5pm and 9pm UAE time.

Never before in Dubai’s shining history of spectacular growth, has such a defining historic moment been based on a voting conducted outside the country. The Bureau International des Expositions (BIE), which met in Paris on Tuesday, will continue deliberations today ahead of the decisive three-round voting in the evening. Dubai is pitted against the Turkish city of Izmir, Brazil’s Sao Paulo and Russia’s Yekaterinburg. Today, all the four will make their final pitch to the 168 member nations of the BIE just before the vote.

The selection process is based on three rounds of elimination. In each round, the city with the least number of votes will be eliminated. With each round expected to take about one hour, the final winner would be announced by 9pm Dubai time. Optimism across the nation has reached fever pitch as Dubai’s bid has been endorsed by several world leaders and countries, including British Prime Minister David Cameron, former US president Bill Clinton, former US secretary of state Hillary Clinton, London Mayor Boris Johnson, Canada and France.

“A positive result would mean new people, new visitors and new interest in Dubai, with international coverage and global exposure in what at the very least would be a wonderful PR event for the UAE, and at the very best a springboard to establish Dubai as an internationally recognised global city,” stated the report. “Winning World Expo 2020 vote will act as the single most importance influence of the UAE’s real estate sector in 2014,” Jones Lang LaSalle (JLL) said on Tuesday.

“While the immediate and short-term impact is likely to dominate the headlines and define the shape of the market in 2014, the most important and strategic benefits will be the long-term “legacy” effects of the Expo on the UAE economy,” JLL said on Tuesday. Analysts at BofA Merrill Lynch Global Research believed that the estimated impact of a successful Dubai Expo 2020 bid would be $23 billion or 24.4 per cent of Dubai’s GDP, spread over the period 2015 to 2021. A study unveiled by Brand Finance said the brand value of Dubai is set to increase by an estimated $8 billion winning the Expo bid.

“The Dubai Expo would increase the UAE GDP by $13 billion between 2013 and 2021. Over 277,000 jobs are expected to be created between 2013 and 2021 and over 25 million visitors are expected to attend the Expo,” Brand Finance said. Dubai estimates total financing costs of $8.4 billion (8.9 per cent of GDP), of which the Dubai Government will commit to fully funding the capital needs of $6.8 billion. -Khaleejtimes