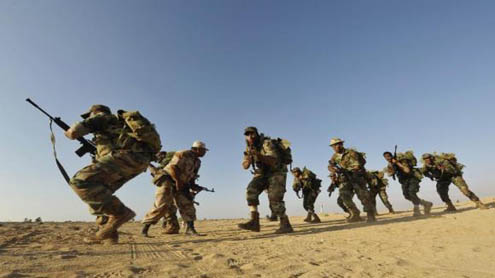 Libya: Leaders of an autonomy movement in Libya’s oil-rich east unilaterally declared a regional government on Sunday, in a challenge to the weak central government as new violence erupted in the restive region.

The announcement is a symbolic blow to efforts by the Tripoli government to reopen eastern oil ports and fields blocked since summer by militias and tribes demanding a greater share of power and oil wealth. It has no practical meaning but is sure to worsen ties between the east and Tripoli which has rejected the self-rule notion. Officials were not immediately available for comment.

Lawlessness has blighted large areas of the OPEC producer since the 2011 war that toppled Muammar Qaddafi. The government has been unable to rein in militia groups, armed tribes and radical Islamists. This is especially true for eastern Libya, known as Cyrenaica, where tribes, activists and militias have been pushing for a federal system sharing power with the west and southern Fezzan. Leaders of the movement met in the small town of Ajdabiya, close to the oil port of Brega, to launch an autonomous government, supporters said.

They named themselves the Barqa, or Cyrenaica, government. A pro-federalist television station showed more than 20 ministers taking the oath at a podium decorated with a Cyrenaica flag. They were joined by tribal militia leader Ibrahim Jathran, former head of Libya’s Petroleum Protection Force in charge of guarding oil facilities. He defected in the summer and seized the biggest ports Ras Lanuf and Es-Sider with his troops. Once a rebel combatting Qaddafi troops, he wore a business suit and a tie during the ceremony standing next to the self-declared Prime Minister Abd-Rabbo Al-Barassi, a defected air force commander. Tribal leaders joined the ceremony.

Prime Minister Ali Zeidan had been seeking contact with the east in the past few days trying to reopen blocked oil ports in an area home to 60 percent of the country’s oil production. The protesters and strikes at ports and oil fields have knocked down crude production to some 10 percent of Libya’s capacity of 1.25 million barrels a day. The North African country used to pump 1.4 million bpd until the strikes started.

Zeidan said last week the blocked Hariga port in the far east would reopen on Sunday or Monday but an oil source told Reuters talks between the government and local officials to resume exports were continuing. Jathran and many others in the east accuse Prime Minister Ali Zeidan as well as Islamists in the General National Congress of corruption and failing to provide security since Qaddafi’s downfall.

The self-rule announcement came as more violence erupted in the regional capital Benghazi, where an attack on the US mission in September 2012 killed the US ambassador. A soldier was killed and another was wounded when a mine hidden in a trash bag exploded near an army checkpoint in Benghazi late on Saturday, a security source said. In Benghazi’s biggest prison, a group of inmates overwhelmed a guard early on Sunday and started a fire.

A security source said 15 prisoners were wounded during clashes with guards trying to restore order. One guard was wounded when gunmen opened fire from outside. -Arabnews

The $120,000 Farmhouse where Hakimullah Mehsud Died