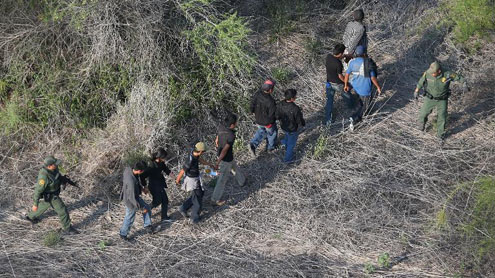 Mexican authorities have caught 220 undocumented migrants in operations across the country, many from Central America and some from as far away as India, Armenia and Romania, officials said Tuesday.

Agents from the National Migration Institute found 26 Guatemalans, five Hondurans, five Indians and one Salvadoran during inspections at bus stations and highways in the central state of Queretaro, the agency said in a statement, without specifying when the operations took place. Migrants from India and other South Asian countries have been caught in Mexico in recent years, joining thousands of Central Americans who try to reach the United States every year.

The migration institue said migrants who are caught without documents are taken to migration facilities before facing administrative proceedings. The latest operations also led to the capture of another 32 Guatemalans, eight Salvadorans, six Hondurans and eight Ecuadorans in the central state of Hidalgo. The institute said 86 other Central Americans were found in hotels, bus stations and highways in the central state of Puebla and the northern state of Nuevo Leon, which borders the United States.