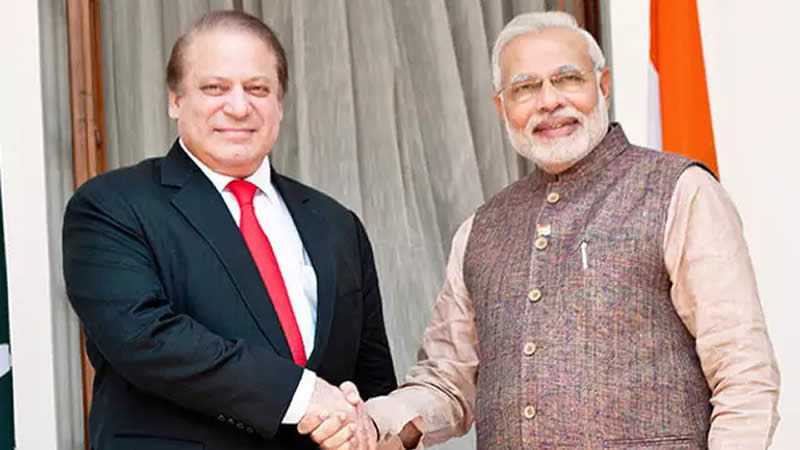 Indian Prime Minister Narendra Modi has offered condolences to PML-N founder Nawaz Sharif on the passing of his mother, Begum Shamim Akhtar, earlier this month, The Express Tribune has learnt.

Narendra Modi – with whom the elder Sharif has developed personal rapport – sent a condolence letter last week, which was delivered to PML-N Vice President Maryam Nawaz by the Indian diplomatic mission in Islamabad.

The letter is addressed to “Mian Muhammad Nawaz Sharif, former prime minister of the Islamic Republic of Pakistan.”

Nawaz Sharif, who has been sentenced to a jail-term in a graft case by the court, has been in London since he was given a one-time permission by the government late last year to go abroad for four weeks for the treatment of his undiagnosed illness.

However, he has refused to return to serve out his jail term, forcing the courts to declare him “proclaimed offender” in multiple other cases against him.

Sharif’s mother Begum Shamim Akhtar passed away in London on November 22 and her body was subsequently flown to Pakistan where she was laid to rest at the Sharifs’ family estate on the edge of Lahore.

In the letter dated Nov 27, the Indian leader offered his “heartfelt condolences” to Sharif over his mother’s passing. “Dear Mian Sahib, I am deeply saddened to learn about the demise of your mother Begum Shamim Akhtar,” Modi wrote in the letter – a copy of which is available with The Express Tribune.

“My heartfelt condolences are with you in this hour of intense grief,” reads the letter. Modi also recalled his interaction with Sharif’s mother during his surprise stopover in Lahore while en route to India from Kabul to New Delhi in 2015. “Her simplicity and warmth was indeed very touching.”

“In this moment of profound grief, I pray to the Almighty to bestow strength upon you and your family to bear this irreparable loss,” the letter quotes Modi as saying.

Modi had made an unannounced stopover in Lahore on his way back home after a daylong trip to Afghanistan in December 2015. He was given a red carpet welcome at the Allama Iqbal International Airport where Sharif himself was present at the tarmac to receive the guest, according to The Indian Express newspaper.

Modi was then flown to the Sharif family’s palatial residence in Raiwind where he had attended the wedding ceremony of Sharif’s granddaughter, Mehrun Nisa. The Indian Express had reported on the authority of a “PML-N source” that Sharif had invited Modi to attend the marriage.