Covid-19: Why Experts are Concerned about India’s Low Death Toll 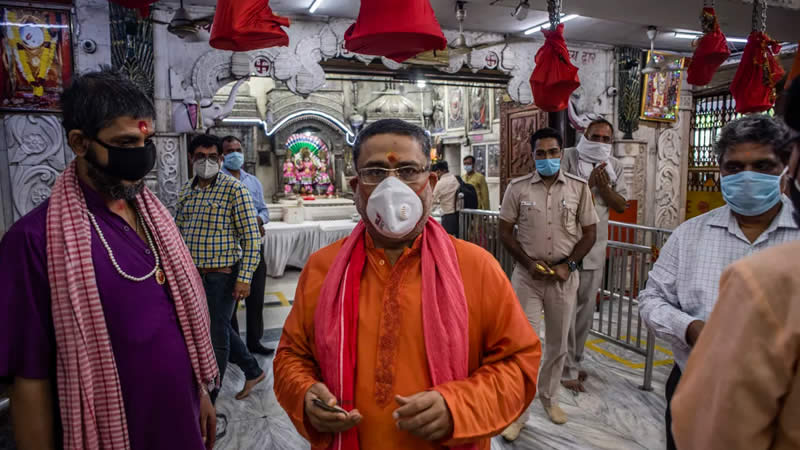 India has one of the world’s lowest Covid-19 mortality rates. But the numbers don’t tell the whole story

For months, India has been struggling to control the coronavirus pandemic with limited success.

The country of 1.3 billion people has the second-highest number of cases globally (more than 4.4 million), and the third highest number of deaths (over 75,000), according to Johns Hopkins University — and the outbreak shows no sign of abating.

But India’s reported mortality rate — calculated by the number of deaths per 100 confirmed cases — is surprisingly low compared to other countries with high infection rates.

The Indian government claims India’s lower death rate is a sign of its success in handling the crisis, and has used the figure to support its decision to lift some coronavirus restrictions.

“The average fatality rate in the country is … continuously going down,” said Prime Minister Narendra Modi in a press release in August. “The target of bringing down the fatality rate below 1% can be achieved soon.”
But some scientists in India warn that the numbers are incomplete and misleading — and that relying on them to reopen the country could make matters worse.

Though the number of reported cases had been steadily increasing since March, India’s epidemic intensified in June, when transmission began increasing at an exponential rate.

It took almost six months for India to record 1 million cases on July 17. Then, it took another three weeks to hit 2 million, 16 days to reach 3 million, and only 12 days to pass 4 million in early September.

New Delhi and Mumbai, the country’s two most-populous cities, are among the worst hit. In those cities, the crisis is exacerbated by slums where millions live in cramped conditions with little running water or sanitation.
The country was placed under a complete lockdown in March, forcing millions to remain indoors. The move devastated the economy, leaving millions of migrant workers without income and further marginalizing India’s poorest people.

Under pressure, the government began rolling back restrictions in May despite soaring infections. In July, Delhi Chief Minister Arvind Kejriwal said India needed to turn its attention to the economy: “We now have to focus on the next stage. During Covid people lost their jobs, factories were closed, people faced losses, it became difficult for people to face themselves … Let us now focus on reviving India’s economy.”

Earlier this month, India’s subway reopened for the first time in five months, and from September 21 gatherings of up to 100 people will be permitted at sports, entertainment, cultural, religious and political events outside hotspots.

Are the statistics on death accurate?

The number of coronavirus cases in India may be rising, but the mortality rate is dropping. According to the Health Ministry, deaths per 100 cases went from 4% in April to 2.15% in August, and is now under 2%.
But some experts warn that the data is full of gaps. India has a weak, underfunded public health infrastructure, and for years it has failed to accurately record the deaths of its own citizens.

Even when India isn’t facing a pandemic, only 86% of deaths nationwide are even registered in government systems. And only 22% of all registered deaths get an official cause of death, certified by a doctor, said community medicine specialist Dr Hemant Shewade.

There are a few reasons behind this. The majority of people in India die at home or other places, not in a hospital, so doctors usually aren’t present to assign a cause of death.

Even if a patient dies in hospital, not all hospitals are covered by the Health Ministry’s medical certification of cause of death (MCCD) web portal — meaning the cause of death isn’t logged in the national database, said Shewade. Even hospitals that are covered in the MCCD face other issues in data like errors or missing information.

In short, if you die, your death may not get logged in the system. And even if it is, it likely won’t get a cause of death, and so won’t be included in the Covid death toll.

There’s also the issue of undercounting Covid deaths due to insufficient testing and poor medical coding.

“The deaths are certainly being undercounted because a lot of people who die without getting a Covid test aren’t counted as Covid deaths,” said Ramanan Laxminarayan, a senior research scholar at Princeton University. “So it’s unclear if India has a lower mortality rate than other countries in the region.”

India has stepped up its testing, almost doubling the amount of tests conducted during the month of August — but it still has one of the lowest rates of testing per capita in the world. Only about 1 out of every 100,000 people is being tested per day, according to Johns Hopkins University — compared to about 150 in the US and 156 in Australia.

Antibody tests suggest that India may be undercounting infections by a factor 50 to 100, Laxminarayan said — meaning that although the country’s official total is 4.4 million cases, the “true” number could be upwards of 100 million.

And even if a Covid-19 patient tested positive before dying, they might not be counted as a Covid-19 death if they had other preexisting conditions, such as diabetes or cancer, said Shewade, as these could be recorded as the cause of death.

The rise in testing creates a misleading death rate

India’s recent increase in testing could also end up skewing the mortality rate.

With more tests, authorities are detecting more cases, which is partially why case figures have been surging. But the mortality rate is measured against the number of total confirmed cases — so when cases rise, the rate will go down even if the number of deaths remains the same.

In short, even if the mortality rate is declining, it doesn’t necessarily mean the number of deaths is dropping. In fact, they’re actually increasing — deaths have jumped from around 750 a day at the start of August, to more than 1,000 a day this week.

So how many Covid deaths does India actually have?

The country is so huge that gathering figures on births and deaths is a mammoth task which involves local, district and state departments — in some cases, going door to door in sample areas to verify data, said Shewade.
The process is so time-consuming that the government’s latest nationwide report on births and deaths, which is supposed to come out annually, is from 2018. It might take years to get the full 2020 data.

Until then, while India’s mortality rate may be lower than in the US or countries in Western Europe, Laxminarayan said that doesn’t mean people should stop taking precautions.

“If you talk about 2% case fatality rates, that’s still incredibly high,” Shewade said. “That’s a 1 in 50 chance of dying from a disease for which you’ve been tested positive, which I think is an unacceptable risk for most people.”

India and China to ‘quickly disengage’ from Border Standoff

India and China to 'quickly disengage' from Border Standoff