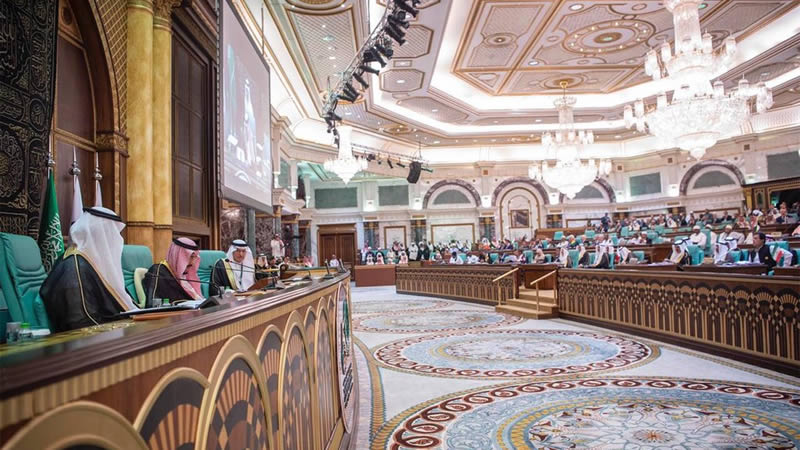 The Independent Permanent Human Rights Commission of the Organisation of Islamic Cooperation has condemned the unrelenting vicious Islamophobic campaign in India maligning Muslims for the spread of coronavirus (Covid-19) as well as their negative profiling in media subjecting them to discrimination and violence with impunity.

In a tweet on Sunday, the OIC-IPHRC urged the Indian government to take urgent steps to stop the growing tide of Islamophobia in India and protect the rights of its persecuted Muslim minority as per its obligations under international human rights law.

Also, Prime Minister Imran Khan hit out at his Indian counterpart for “targeting” the minority Muslim community, describing it as an attempt to divert backlash from coronavirus lockdown, “which has left thousands hungry”.
Prime Minister Narendra Modi had announced a 21-day nationwide lockdown in late March to contain the spread of the Covid-19. The lockdown has been extended till May 3 at least.

In a tweet from his official Twitter handle on Sunday, Premier Imran said that the deliberate and violent targeting of Muslims is similar to what Nazis did with Jews in Germany.

“The deliberate and violent targeting of Muslims in India by the Modi government to divert the backlash over its Covid-19 policy, which has left thousands stranded and hungry, is akin to what Nazis did to Jews in Germany. Yet [this is] more proof of the racist Hindutva supremacist ideology of Modi government,” he said in the tweet.

Indian authorities have blamed the Muslim Tableeghi Jamaat members for spreading the coronavirus cases in the country.

There is no official breakdown of Covid-19 cases by religion, but many Muslims feel unfairly blamed for spreading the contagious disease after a cluster emerged at a religious gathering in New Delhi last month.

India has reported over 15,000 infections and more than 500 deaths as of early Sunday, according to an official data.

“There is one ventilator for every 71,000 people, one doctor for every 3,900 people, and one armed soldier for every nine people in the Muslim-majority region,” President Alvi said.

He sourced his data to the Greater Kashmir and Economic Times publications and the Jammu and Kashmir Civil Coalition Society.

“The dirty priority of the Indian government is to suppress the people of Indian Occupied Kashmir,” he said. “Their soldiers have carried out this primary task through heinous brutalisation, torture and suppression.

“With more than 95,000 innocent killed since 1989, these numbers shout out to the world,” the president added.

A deep-rooted distrust of Modi by Muslims follows months of protests against a new citizenship law that critics say discriminates against Muslims, and a crackdown by India in occupied Kashmir.

There is no official breakdown of coronavirus cases by religion.

But many Muslims feel unfairly blamed for spreading the disease after a cluster emerged at a gathering of Muslim missionaries in New Delhi last month.

PM Imran Urges People to stay Home ‘as much as Possible

Pakistan Sees Spike in Virus Deaths as Toll Surges to 192

Pakistan Sees Spike in Virus Deaths as Toll Surges to 192