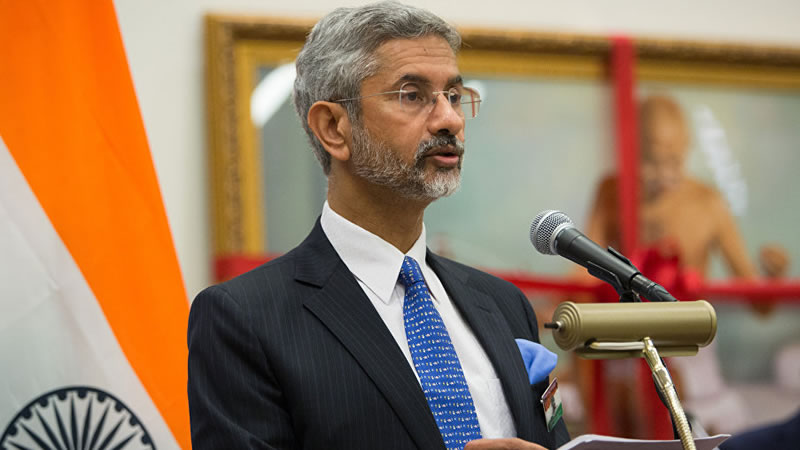 According to the report published on Thursday, US lawmakers had refused demands to exclude from the meeting a congresswoman, Pramila Jayapal, who had criticised the Indian government’s actions and policies in the occupied valley.

During his visit to Washington, the Indian external affairs minister was slated to meet the House Foreign Affairs Committee Chairman Representative Elliot L Engel, the committee’s top Republican Rep Michael McCaul and others, the report added.

Jayapal, in a recent bipartisan resolution moved in Congress alongside Steve Watkins, had urged India to end the restrictions on communications and mass detentions in occupied Kashmir as swiftly as possible and preserve religious freedom for all residents.

Born in Madras (Chennai), Jayapal is the first Indian-American woman to serve in the US House of Representatives. In response to the abrupt cancellation, Jayapal said: “The cancellation of the meeting was deeply disturbing. It only furthers the idea that the Indian government isn’t willing to listen to any dissent at all.”

In recent months, the situation in the occupied valley has been brought up at several forums, with several countries, including the United States, calling for an end to the atrocities in Kashmir.

US congresswoman Ilhan Omar, in August, also called for “deescalation” and an “immediate restoration of communication” after a meeting between US President Donald Trump and Indian Prime Minister Narendra Modi took place in France.

Taking to Twitter, Omar had said: “We should be calling for an immediate restoration of communication; respect for human rights, democratic norms, and religious freedom; and de-escalation in [occupied] Kashmir.”

Occupied Kashmir under lockdown since August

In August, Indian authorities in occupied Kashmir imposed an indefinite security lockdown and ordered thousands of visitors out of the region after the ruling Bharatiya Janata Party (BJP) stripped Kashmiris of the special autonomy they had for seven decades.

Since then, internet services and communications have also been suspended in the region.