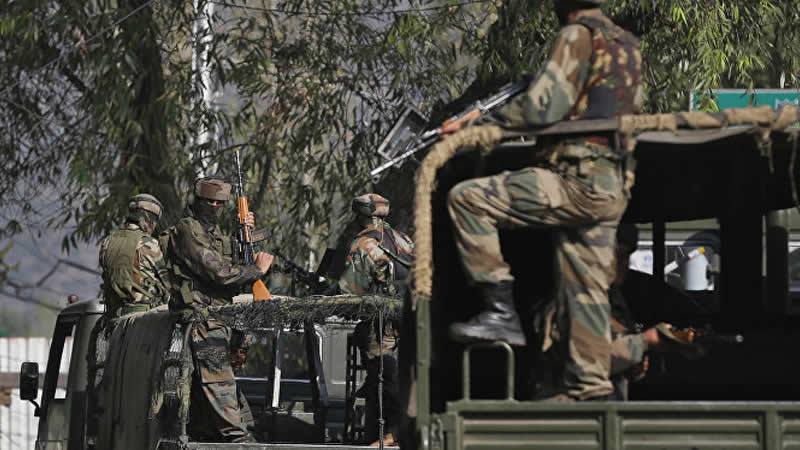 Unrelenting Indian shelling from across the Line of Control (LoC) left two civilians dead and at least 13 others wounded in two different sectors of Azad Jammu and Kashmir (AJK) on Tuesday, officials said, fearing that the fresh wave of Indian aggression could cause more physical and material losses.

The casualties occurred in the Samahni sector of Bhimber district and the Nakyal sector of Kotli district amid ‘unprovoked and intense’ shelling by the Indian troops, officials said. The shelling in Samahni sector started at about 1pm, with Indian troops targeting civilian populations with both small and big weapons in almost all villages along the LoC, said Deputy Commissioner (DC) Chaudhry Guftar Hussain, adding that two civilians had so far lost their lives while another seven were injured. He identified the deceased as Arsalan, 9, and Yasira Bibi, 42, of Tandar and Gorah villages respectively.

The injured had been evacuated to different health facilities, the DC said. Since the shelling is continuing intermittently, we are unable to gather exact details about the losses,” he said, fearing that the number of victims could swell. Shelling in the Nakyal sector of Kotli district started in the small hours of Tuesday, according to local police official Khurshid Ahmed. Though shelling was intermittent and stopped at midday, Ahmed said it was ‘heavy’, crippling normal life in most of the villages.

While state-run schools were already closed due to summer vacations, the administration in Nakyal had asked all private schools in the most vulnerable areas to remain shut. Condemning Indian shelling, AJK’s senior minister Chaudhry Tariq Farooq called upon the international community to take stock of the situation along the LoC. India’s belligerence along the LoC is reprehensible and it should not go unnoticed,” said Farooq, who belongs to Bhimber. On Sunday, a Pakistan army vehicle fell into the Neelum river after it was targetted from across the border. As a result, four soldiers were martyred.

Army spokesman Colonel Rajesh Kalia Tuesday said two suspected fighters and an Indian soldier were killed in Occupied Kashmir. “Indian soldiers exchanged fire with unknown combatants as they tried to cross the Line of Control (LoC). Two bodies and three weapons were recovered from the site of the firing,” Kalia told AFP.