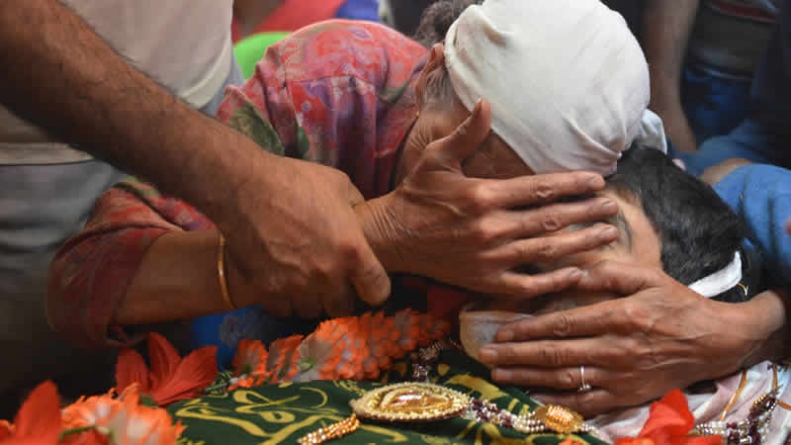 Three civilians were martyred and at least 28 people were injured on Tuesday in clashes between freedom-protesters and occupying Indian forces in Indian-held Kashmir.

The clashes started when soldiers cordoned off a house in a village in central Kashmir s Chadoora area in which at least one armed militant who was killed later in the day  was hiding, said Inspector General of Police, Javid Gillani.

Hundreds of villagers, in a show of support for the protesters, threw stones at soldiers who had cordoned off the house. Three people were killed in the ensuing clashes in which government forces fired tear gas and ammunition to disperse the protesting crowds, Gillani told AFP. Another police officer speaking on condition of anonymity said at least 28 people were injured, including eight government forces personnel.

One militant was killed in the operation and one weapon was recovered from the scene, said army spokesman Colonel Rajesh Kalia. Armed encounters between protesters fighting to end Indian rule over Kashmir and government forces have become more frequent since widescale unrest last year, sparked by the killing in July of a popular separatist leader.

That unrest left more than 90 civilians dead and thousands injured. On Sunday two militants were killed when police ambushed their car in the southern Kashmir valley. With elections next month for two seats to the national parliament, security has been stepped up and the government has sent in 20,000 troops. Kashmir has been divided between India and Pakistan since the end of British rule in 1947.

Both claim the Himalayan territory in its entirety. Protesting groups have for decades fought Indian soldiers deployed in the region, demanding independence or a merger of the territory with Pakistan. The fighting has left tens of thousands, mostly civilians, dead.