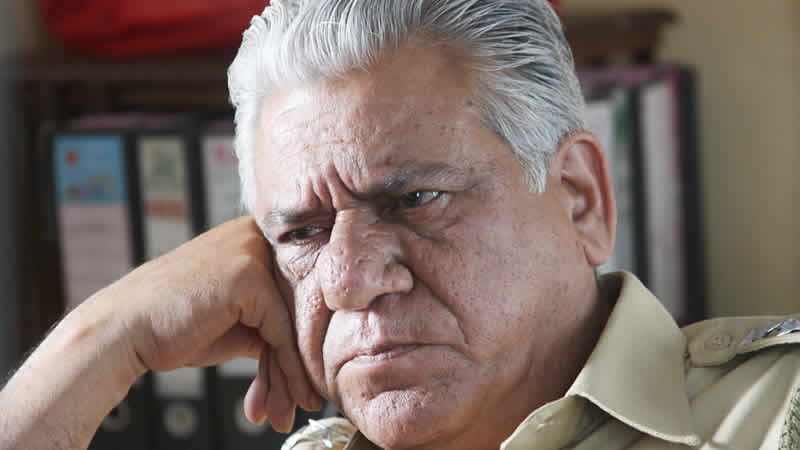 Veteran Bollywood actor Om Puri passed away on early Friday morning after suffering from a massive heart attack at his residence in Mumbai.

Filmmaker Ashok Pandit, a close friend of the actor, took to twitter and shared the sad news. According to Times of India, Puri returned home last evening after a shoot however; his door bell went unanswered in the morning, following to which his driver raised an alarm. Born in Ambala, Haryana, to a Punjabi family in 1950, he graduated from the Film and Television Institute of India, Pune.

He made his film debut in a Marathi-language movie in the mid 1970s before going on to star in a number of major Hindi hits as well as, controversially, in some Pakistani movies. Puri appeared in Pakistani film Na Maloom Afraad last year. He had several times visited the country to attend the film and literary festivals. He also appeared in a number of British films, most notably Richard Attenborough’s 1982 epic on the life of India’s independence movement leader Mahatma Gandhi.

He also appeared in Hollywood film “Charlie Wilson’s War”. Puri starred opposite legendary British actress Helen Mirren in the 2014 film “The Hundred Foot Journey”. He is a recipient of Officer of the Most Excellent Order of the British Empire (OBE) and Padma Shri, the fourth highest civilian award of India.-dunya