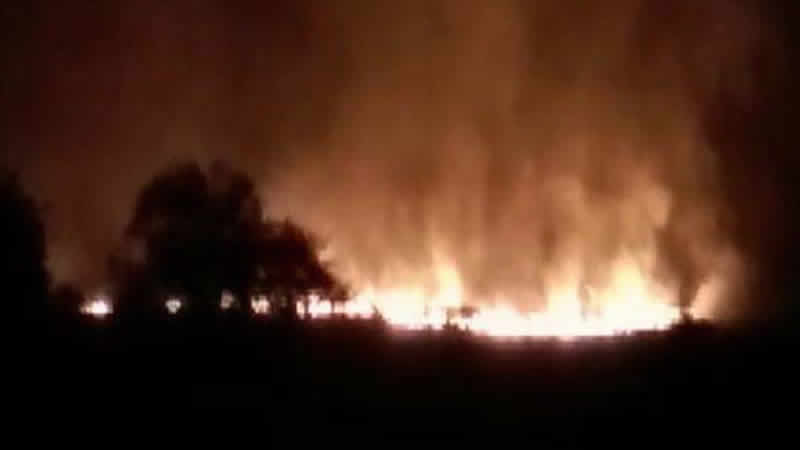 A fire at a massive military ammunition depot on Tuesday killed at least 17 people and injured 19 more in central India, officials said.

The blaze broke out around 01:30 am (2100 GMT Monday) at the depot in Pulgaon, near the city of Nagpur in the western state of Maharashtra, with television footage showing flames lighting up the night sky. Seventeen people have died. Nineteen are injured but are out of danger,” Smita Patil, superintendent of Wardha district police, told AFP by phone from the scene.

An operation is in progress and the fire has been brought under control,” Patil added. Thousands of families living in nearby towns and villages have been evacuated from around the depot, reportedly one of the largest ammunition centres in India. The Press Trust of India news agency said two officers were among the 17 soldiers to have died, while the NDTV network said the huge blaze had broken out after an explosion at the depot.

Firefighters using ten fire engines worked through the night to contain the blaze, Ramesh Barde, a fire officer with the Nagpur fire department, told AFP. The fire broke out at 1:30 am and nearby fire engines reached the venue by 2:30 am,” he said. The fire was brought under control by 6:15 am. The situation is under control and a report is being prepared,” he added, speaking from the scene.