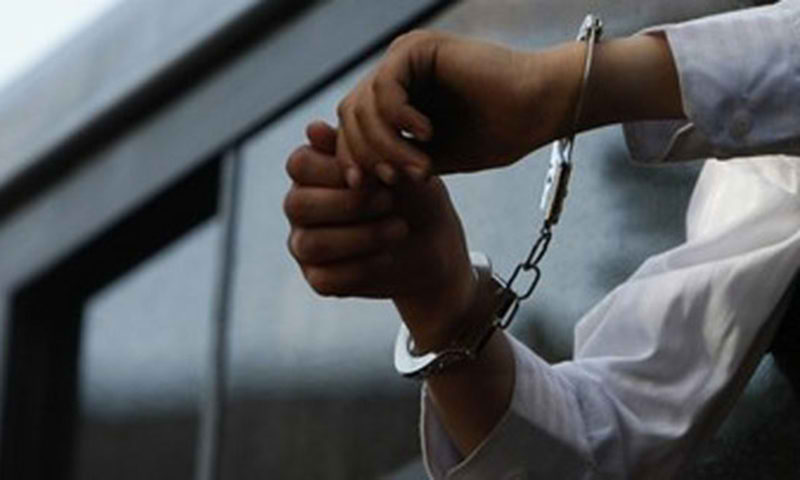 An Indian national, Hamid Nehal Ansari, who had gone missing from Kohat over three years ago, has been sentenced to three years imprisonment for espionage by a court martial. According to officials, Mr Ansari was convicted two days ago in Kohat and was shifted to Peshawar Central Prison.

He has a right to appeal under the Pakistan Army Act. Sources said that the convict had confessed to illegally entering Pakistan from Afgh­a­nistan for espionage.

The source added that Mr Ansari had seven Facebook accounts as well as around 30 email addresses. He was reportedly found to be in possession of sensitive documents. Last month, the defence ministry had informed the Peshawar High Court that Mr Ansari was in the custody of Pakistan Army and was being tried by court martial. In light of the information, a two-member bench had on Jan 13 disposed of a habeas corpus petition filed by Ms Fauzia Ansari, the convict’s mother, against his alleged illegal detention. “Agencies working under the administrative control of this ministry: ISI and MI, GHQ, were asked to provide requisite information. In response, Military Intelligence Directorate, GHQ, intimated that Hamid Nehal Ansari is in military custody and is being tried by court martial,” read the written response of a deputy director (legal) of the ministry to the court’s query. The convict was taken into custody by police and Intelligence Bureau (IB) officials in Kohat in Nov 2012.

Ever since, his whereabouts were unknown. Mr Ansari, a 31-year-old MBA degree holder, was a teacher at the Mumbai Management College. His mother claimed he was in touch with some Pakistani friends who had suggested him to cross into Pakistan from Afghanistan without a visa. She claimed that he had become friends with a Pakistani woman through social media and had gone to Pakistan to meet her. Ms Ansari had earlier sent an application to the Supreme Court’s human rights cell which forwarded the case to the Commi­ssion of Inquiry on Enforced Disappearances. The commission had on April 10, 2014, directed the Khyber Pakhtunkhwa home department to constitute a joint investigation team to trace the whereabouts of Mr Ansari. It had also ordered the Provincial Police Officer to register an FIR about his disappearance.