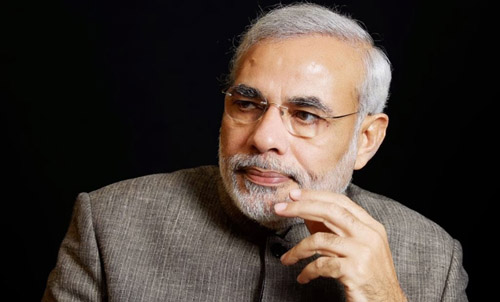 International Monetary Fund chief Christine Lagarde hailed India as the bright spot of the global economy on Monday ahead of talks in New Delhi with Prime Minister Narendra Modi.

While Lagarde urged Modi to do more to open up the economy, she said India had the “opportunity to become one of the world’s most dynamic economies” with growth running at above seven per cent.

“Among the emerging markets, and compared to advanced economies, India is the bright spot,” the former French finance minister told The Times of India newspaper. Since Modi came to power last May, inflation has fallen to around five per cent while revised gross domestic product (GDP) data has put growth for the current financial year at 7.4 per cent, meaning Asia’s third largest economy is now outpacing China. A fall in global crude prices has also been a major boon to a country that is one of the world’s biggest oil importers. Lagarde welcomed the government’s first full budget last month for striking “a good growth-equity balance” and praised Modi’s drive to make India a major manufacturing hub and an easier place to do business.

Read More: Modi Due in 2016, Xi’s Visit Being Scheduled

But she also outlined a series of areas where the government needed to do more to encourage investment. “The economy should be opened more fully to the world, and there’s a good case for removing domestic constraints on growth, especially in energy, mining and power,” she said. “Further reforms of India’s complex labour laws to encourage young job-seekers and boost female labour participation, as well as the easing of land acquisition and other clearances, will help revive the investment cycle and achieve faster growth.” Lagarde is paying a two-day visit to India, her first since the right-wing Modi replaced the centre-left Congress party in government. As well as her talks with top officials, she is also due to deliver a keynote speech in New Delhi before travelling to the financial capital Mumbai for meetings on Tuesday.