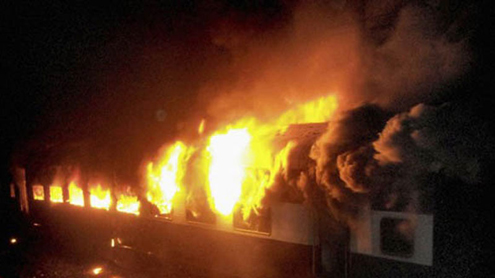 The fire ripped through three coaches of a train travelling from Mumbai to the northern city of Dehradun, resulting in thick smoke inside the airtight compartments while passengers were asleep.

“Three coaches caught fire this morning. All the passengers have been evacuated.