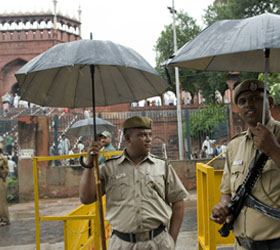 Australia issued the travel advisory a day after two Taiwanese nationals were wounded in a shooting at a popular tourist site in India’s Old Delhi.

“Australians in New Delhi should be aware that the Commonwealth Games will be held in a security environment where there is a high risk of terrorism,” the advisory said.
It added that New Delhi has seen at least 14 major terrorist attacks since 2000 in public places, such as markets and train stations.

Police in New Delhi insist Sunday’s shooting was not targeted at the games.

Security has, however, been stepped up in the Indian capital, he added.

“We assure full security not only for the Games but also for the city,” Bhagat said.

The games will be held from October 3 to October 14.

Meanwhile, two of India’s largest cities — Delhi and Mumbai — are on red alert after the shooting.

Police said the shooting happened near a mosque in one of the most populated parts of Old Delhi. The two gunmen fled, prompting the red alert.

“Both the injured are Taiwanese nationals,” Singh said. “One of the bullets grazed the head of one tourist, and one has been hit in the stomach.”

A media outlet in India received a claim of responsibility for the attack, but police are treating the claim with caution.

Police think the attack is more likely to be the work of a criminal gang than a terror attack, they said.

Police are still searching for the attackers, authorities said. – CNN