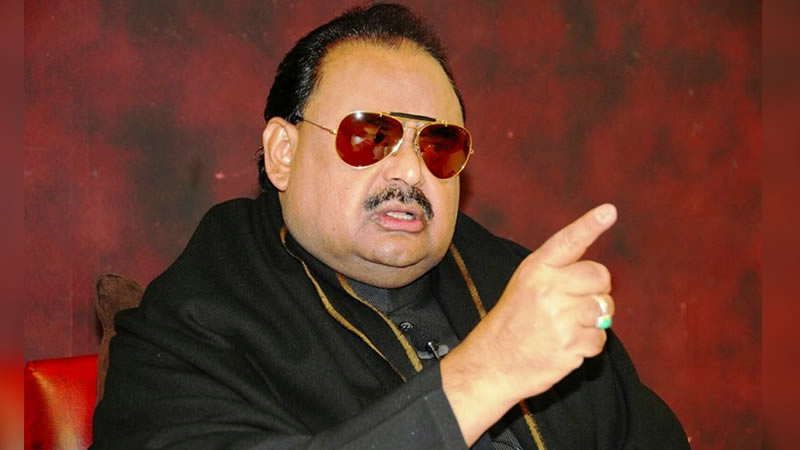 The British government has fined Muttahida Qaumi Movement (MQM) leader Altaf Hussain for tax evasion of more than £2 million and an investigation is already underway to determine the full extent of the MQM leader’s dues.

Documents seen by this reporter show that Altaf Hussain has been fined for not paying over £2 million to the national exchequer over a period of 20 years from large earnings running into millions of pounds.

At his home in Edgware, Hussain is protected round-the-clock by three full-time bouncers; two maids; a full-time driver, and a cook. His house expenditure alone and settlement payment to his former wife Fiza Gabol and daughter Afzaa is estimated to be around £50,000 per month. This amount doesn’t include the payments made to Hussain’s party staff who man the London office full-time and have been doing so for over 20 years.

Dozens of people have worked in a full-time and part-time capacity at MQM’s International Secretariat. At its peak, nearly 20 people were on the payroll of the party and it is understood that the recipients were getting cash in hand as many of them also received government benefits for living and income.

According to a source close to Altaf Hussain, the MQM founder has contested the civil proceedings stating that he never earned any money, has never been employed and was not obliged to pay income tax to HM Revenue and Customs (HMRC). He has told the investigators that he has been managing his life through donations given by loyalists from Pakistan and abroad and as head of a political party he was entrusted to use those funds to maintain his lifestyle – free of taxes.

Both Mir and Anwar dealt with taxation and financial issues for the party for over two years – until relations broke down around four years ago. Mir and Anwar are qualified accountants and were responsible for the financial and tax matters of Hussain.

Both provided a base to the MQM founder in 1994 at their accountancy firm in Mill Hill when Altaf left Karachi for London.

The MQM founder has accused Mir and Anwar for not guiding him properly and for failing to pay dues to the government while they were the ones responsible for all the financial matters. This was why Altaf Hussain asked his followers to protest outside Mir’s residential address in 2019.

Both Anwar and Mir have been named in the HMRC investigation and Hussain’s lawyers have told the government department that the blame for not paying the arrears and dues should rest with them as he personally did not handle any financial matters.

The HMRC has not blamed Mir and Anwar of any wrongdoing. Papers seen by this reporter show that in their submission, Mir and Anwar have told the investigators that Hussain didn not listen to their advice on managing monies, and was the sole person to decide where the funds were to be allocated.

Hussain, Mir and Anwar have been at odds over the transfer of two properties worth nearly £1.5 million to the MQM founder’s name.

When Altaf Hussain pressed them to transfer the properties, Mir and Anwar told him privately first and then through lawyers they that they awaited the final resolution of the HMRC case.

In a legal letter sent to Hussain, Anwar and Mir had written that “the on-going HMRC inquiry” was their concern and that they expected Hussain to discharge all dues, arrears or penalties payable to the HMRC.

Both of them have further said that they will not be transferring the two properties to Altaf Hussain under any circumstances. They have said that one property will be transferred to Dr Imran Farooq’s widow Shumaila Imran Farooq and the other to the relatives of MQM-Pakistan’s martyrs.

The HMRC is currently of the view that paying taxes was the responsibility of Altaf Hussain, not any other individual or anyone else associated with him.

Dwayne ‘the Rock’ Johnson: Actor and Family had Covid-19