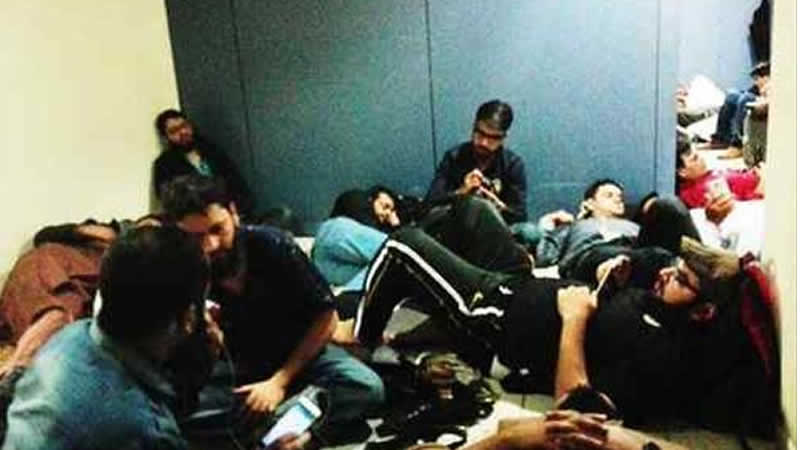 Eighty-one Pakistanis were repatriated from Moscow on Thursday after Russian authorities denied them entry. This was the second group of Pakistanis to have been disallowed entry to Russia in as many days.

Deportation of the two groups sparked a mini diplomatic row with the Pakistan embassy in Moscow lodging a protest with the Russian foreign ministry.

A group of 84 Pakistanis, who claimed to be businessmen, had reached Moscow on Wednesday night for purportedly attending an exhibition, but were detained at the Domodedovo Airport by Migration Service of the Russian Federation on suspicion of visa rules violations. Eighty-one passengers were on their way back from Moscow via Dubai on Thursday night after being deported. Three others were left behind because one of them was unfit for travelling and two others stayed back to attend to him. According to Russian media, the group members had been denied entry for not having enough funds to support their stay in Russia.

An unnamed official of the Pakistani embassy in Moscow was quoted by Russian news agency TASS as claiming that the detained people had the required visas and supporting documents including hotel reservations. Pakistani Mission in Moscow sent a demarche to the Russian foreign ministry over the incident. Russian Foreign Ministry spokesperson Maria Zakharova said at a press briefing in Moscow that while authorities were working to resolve the matter, the preliminary information indicated that their documents did not meet the purpose of their visit to Russia. In Islamabad, FO Spokesman Nafees Zakaria, while responding to a question at the Foreign Office briefing, said that Pakistani embassy had been trying to assist the group.

He, however, complained about Russian authorities not being very cooperative. The embassy sent an official to the airport late Wednesday evening as soon as the matter came to its notice. He remained there till midnight, but was not given access to the stranded passengers, he said, adding that the official returned to the airport the following morning for making further efforts to help the group.

“We are also going to take up this issue with the Russian Embassy in Islamabad. …We are still awaiting details as to what happened and why these Pakistanis are being repatriated,” Mr Zakaria further said. Earlier on Wednesday, another group of 48 Pakistani passengers was returned from Vnukovo Airport to Islamabad via Istanbul. This group has already reached Pakistan.