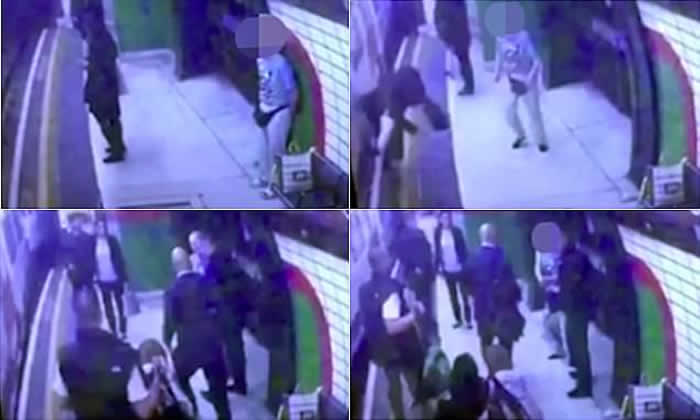 A man pushed a Muslim female into an oncoming train in London’s Piccadilly Circus station.

The video footage of the incident shows the suspect identified as Yoshiyuki Shinohara was standing behind the Muslim woman and pushed her in front of the train.

The female rebounded back onto the platform after hitting the train. The citizens, after watching the scene, rushed to the aid of the woman. The name of the woman has not been disclosed as yet. A British Transport Police spokesperson said that she received only minor injuries.

The officials mentioned that the investigation is underway and the Shinohara has been taken into custody. The suspect will be presented before a court on November 25.