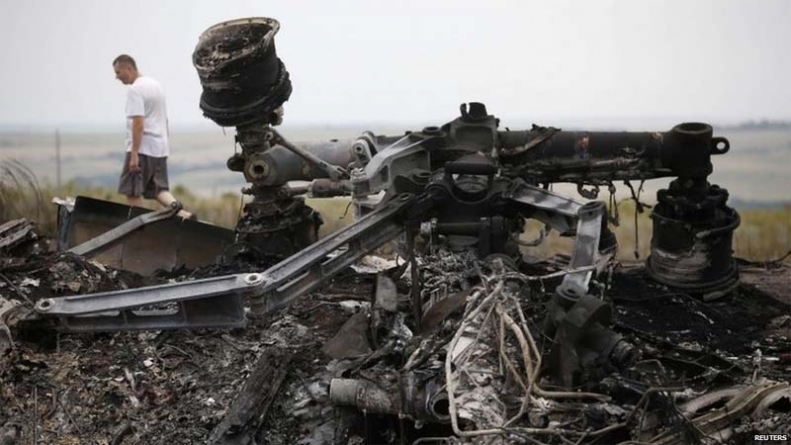 New footage has emerged purporting to show the immediate aftermath of the MH17 crash in Ukraine in July, which killed all 298 people on board.

The amateur video, obtained by Associated Press, is believed to have been filmed in a field in the village of Hrabove, just minutes after the plane came down.

Shocked residents can be heard screaming and shouting, while others run towards the scene with buckets of water to extinguish flames. Meanwhile work has started on removing wreckage from the crash site after months of delays. -bbc