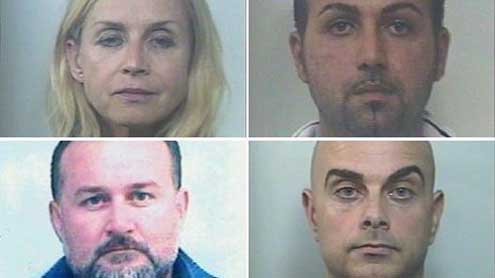 Police in Italy say they have dismantled an international ring that conspired to kidnap children involved in custody battles.

A police statement said those involved were special forces veterans whose commando-style tactics “put the child’s life at risk”. They charged tens of thousands of dollars for the abductions from North Africa to Europe using high-speed boats, police said.

Several people have been arrested. They have been named as Luigi Cannistraro, Antonio Barazza, Sebastiano Calabrese and a former Ukrainian sailing champion, Larysa Moskalenko. It is alleged that Ms Moskalenko provided the boats for the crossings.

The group carried out its first operation in October last year when a child was abducted in Tunisia, and taken to Norway via Sicily. A second operation in November was foiled by police who intercepted the phone calls of Ms Moskalenko’s sailing venture in Palermo.

Further operations were planned in Cyprus, Lebanon and Egypt. Two Norwegians and a Swede are also being held in Tunisia. They have been named as Elisabeth Wenche Adresen, Martin Vage and Per Ake Helgesson. The BBC’s Alan Johnston in Rome says they could face kidnapping and human trafficking charges. -Bbc