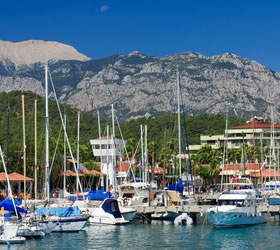 At least eight people were killed and three wounded when an explosive device ripped apart their minibus in southeast Turkey on Thursday, local officials said.

The blast occurred near the village of Gecitli in Hakkari province near the borders with Iraq and Iran.

Resul Kaya, mayor of the nearby town of Durankaya, told Reuters nine people died when the minibus hit a land mine. Security officials said it was a remote-controlled explosive device left in the road.

Separatist Kurdistan Workers Party (PKK) militants have frequently carried out similar attacks in the past. However, such attacks are generally on military targets and the PKK declared a ceasefire last month, which is not due to expire until September 20.

Before that ceasefire there had been an upsurge in violence between the military and the rebels since June when the PKK ended a previous 14-month unilateral ceasefire. Several thousand PKK guerrillas are based in the mountains of northern Iraq, from where they regularly launch raids in southeast Turkey.

The group took up arms against Turkey in 1984. More than 40,000 people, mostly Kurds, have died in the fighting. – Reuters