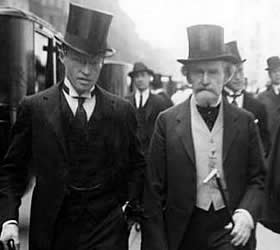 Huguette Clark, who inherited riches amassed by her father in Montana’s mining industry at the turn of the last century, has a 42-room apartment on Manhattan’s Fifth Avenue and a 52-acre estate in Connecticut.

She lives in neither, instead spending the past twenty years in hospital.

Ms Clark also has a trust fund that two former trust officers at Citibank are alleging that the bank failed to manage properly.

John Cullen and Veronica Juliano filed a suit demanding that Citibank’s handling of the trust fund be investigated, according to the New York Post.

Established with $3m in 1926 during one of America’s periodic stock market booms, Mr Cullen and Ms Juliano, reportedly allege that through not investing the money properly, its value has not increased as it could have done since.

The fate of the legal action will be keenly watched in Washington DC, too. The Corcoran Gallery of Art, the capital’s biggest private museum, is said to the beneficiary of whatever is left in the fund when Ms Clark passes away.

Described at his peak as one of America’s richest men, Senator William Andrews Clark, Ms Clark’s father, left a vast collection of European paintings, sculptures and tapestries to the gallery in 1925.

A stop on a railway he built in Nevada became Las Vegas.

Ms Clark herself is said to have little interest in money.

Citibank, which is part of US bank Citigroup, said that the allegations are part of wider case against the bank by the former employee and are all ‘entirely baseless’.

Separately, the family of Ms Clark last week filed a petition that the management of her fortune be taken away from her lawyer, Wallace Bock, and accountant Irving Kamsler.

The two men could not be reached for comment. -telegraph