WHO Team Probing Origin of Virus Arrives in Wuhan 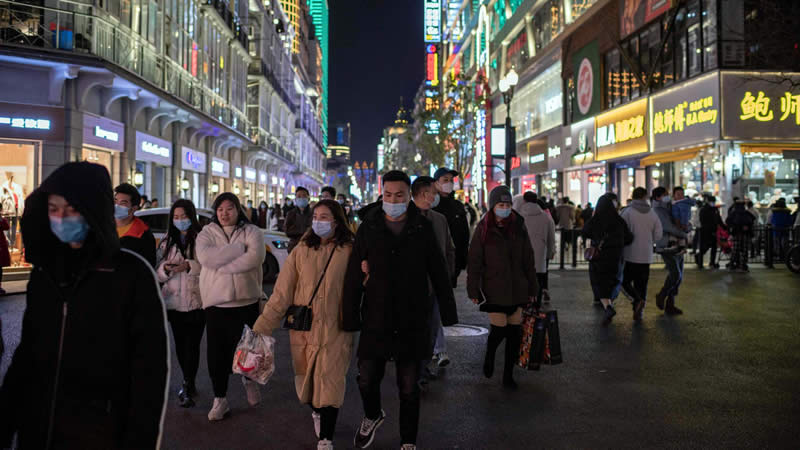 A World Health Organization (WHO) team has arrived in the Chinese city of Wuhan to start its investigation into the origins of the Covid-19 pandemic.

The long-awaited probe comes after months of negotiations between the WHO and Beijing.

A group of 10 scientists is set to interview people from research institutes, hospitals and the seafood market linked to the initial outbreak.

Covid-19 was first detected in Wuhan in central China in late 2019.

The team’s arrival on Thursday morning coincides with a resurgence of new coronavirus cases in the north of the country, while life in Wuhan is relatively back to normal.

They will undergo two weeks of quarantine before beginning their research, which will rely upon samples and evidence provided by Chinese officials.

Team leader Peter Ben Embarek told AFP news agency just before the trip that it “could be a very long journey before we get a full understanding of what happened”.

“I don’t think we will have clear answers after this initial mission, but we will be on the way,” he said.

The probe, which aims to investigate the animal origin of the pandemic, looks set to begin after some initial hiccups.

Earlier this month the WHO said its investigators were denied entry into China after one member of the team was turned back and another got stuck in transit. But Beijing said it was a misunderstanding and that arrangements for the investigation were still in discussion.

China has been saying for months that the although Wuhan is where the first cluster of cases was detected, it is not necessarily where the virus originated.

Professor Dale Fisher, chair of the global outbreak and response unit at the WHO, told the BBC that he hoped the world would consider this a scientific visit. “It’s not about politics or blame but getting to the bottom of a scientific question,” he said.

Prof Fisher added that most scientists believed that the virus was a “natural event”.

The visit comes as China reports its first fatality from Covid-19 in eight months.

The country has largely brought the virus under control through quick mass testing, stringent lockdowns and tight travel restrictions.

But new cases have been resurfacing in recent weeks, mainly in Hebei province surrounding Beijing and Heilongjiang province in the northeast.