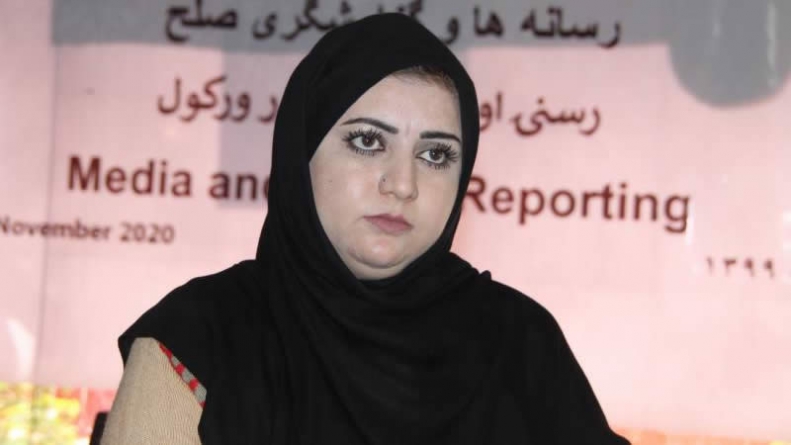 A female Afghan news anchor and activist was shot dead by assailants on Thursday, her employer said, the second journalist killed in a month in Afghanistan.

Malalai Maiwand, in her 20s, was killed along with her driver Mohammad Tahir in Jalalabad as they travelled to work, said Enekaas TV, the private television channel she worked for.

The journalist, whose activist mother was also killed by unknown gunmen five years ago, had previously spoken out about the difficulties of being a female reporter under Afghanistan’s ultra-conservative patriarchal system.

Maiwand’s death comes as targeted killings of prominent figures becomes increasingly common as violence surges, despite ongoing peace talks between the government and the Taliban.

The Islamic State militant group has claimed responsibility for the murder. Attaullah Khogyani, spokesman for the Nangarhar provincial governor, and the local hospital both confirmed the deaths.

“Who has problems with women working in the Afghan society?” deputy spokeswoman to the president Fatima Murchal tweeted.

She added: “These coward culprits will not be forgiven, not even after peace.” Daily life for women has improved from a nadir under the Taliban, but the United Nations noted there were widespread levels of violence against women in the war-ravaged nation.

The Afghan Journalists Safety Committee, a group that oversees journalists’ security in the country, warned the continued violence was threatening to undo years of progress.

“If the killing of journalists does not stop, Afghanistan will lose one of its greatest achievements which is press freedom,” the committee tweeted and called for an investigation.

Top US envoy in Kabul Ross Wilson condemned the “assassination” and called for the violence to stop.

Meanwhile, the Inter-national Association of Women in Radio and Television (IAWRT) strongly condemned the murder of IAWRT member Malalai Maiwand and her driver.

Maiwand was an active member of IAWRT and other civil society groups and had been under threat for some time.

In a statement, IAWRT president Violet Gonda called upon the authorities to investigate the murders of Maiwand and Dayee. The Head of AWART in Kabul, Najiba Ayubi, also condemned the murder of Ms Maiwand and demanded of the Afghan government to pay serious attention to the safety of journalists.