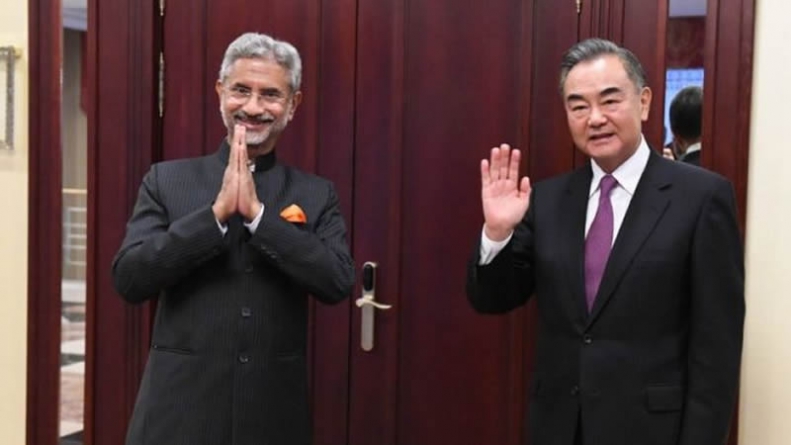 India and China have agreed to “quickly disengage” from a standoff that has seen gunfire at a disputed border and accusations of kidnapping.

Their foreign ministers met on Thursday and said they would ease tensions.

Soldiers from both countries have periodically skirmished along the poorly demarcated border, called the Line of Actual Control.

Both sides have accused each other of straying into their territory, and the clashes have sometimes turned deadly.

In a joint statement, the neighbours said the “current situation is not in the interest of either side”.

“They agreed, therefore, that the border troops of both sides should continue their dialogue, quickly disengage, maintain proper distance and ease tensions,” said the statement, released by Indian Foreign Minister S Jaishankar and his Chinese counterpart Wang Yi.

They added that they would expedite new measures that would “maintain and enhance peace and tranquillity”, but did not explain further what these would entail.

The two countries already have an agreement which bans the use of firearms along the border.

But relations took a turn for the worst in recent days, after China on Tuesday accused Indian troops of illegally crossing the border and firing “provocative” warning shots at patrolling soldiers.

India rebutted this, accusing Chinese border forces of firing in the air, saying it was them who had “been blatantly violating agreements”.

India’s military had a day earlier also alerted Chinese officials of reports that five Indian civilians had been kidnapped by Chinese troops from an area near the disputed border.

China later confirmed to an Indian minister that the missing civilians had been found and arrangements were being made to hand them over to Indian authorities.

In June, 20 Indian soldiers were killed in a violent skirmish with Chinese forces. Local media outlets said then that the soldiers had been “beaten to death”.

The Line of Actual Control – as the disputed border is known – stretches for 3,440km (2,100 miles). The presence of rivers, lakes and snowcaps mean the line can shift.

Soldiers on either side – representing two of the world’s largest armies – come face to face at many points. India has accused China of sending thousands of troops into Ladakh’s Galwan valley and says China occupies 38,000sq km (14,700sq miles) of its territory.

India and China have previously attempted to ease tensions along the border. But several rounds of talks in the last three decades have failed to resolve the disputes.

The two countries have fought only one war, in 1962, when India suffered a humiliating defeat.

The announcement is significant given the sharp exchange of words witnessed between the two countries in recent days.

Many analysts felt that the likelihood of a limited armed conflict had increased in recent days since Delhi and Beijing accused each other of firing at the border and breaching a treaty that banned use of firearms.

So, the announcements has come as a surprise and it shows that backchannels talks have been successful – for now.

But a healthy dose of scepticism is needed while reading this announcement – both countries have reached such consensus in the past but it doesn’t guarantee lasting peace at the border.

Nevertheless, the latest development brings a huge sigh of relief for both countries as they have other battles to fight.

India is battling an alarming increase in Covid-19 cases and a sharp contraction in the economy. For China, even temporary peace at the border means one less battle to fight in the international arena.