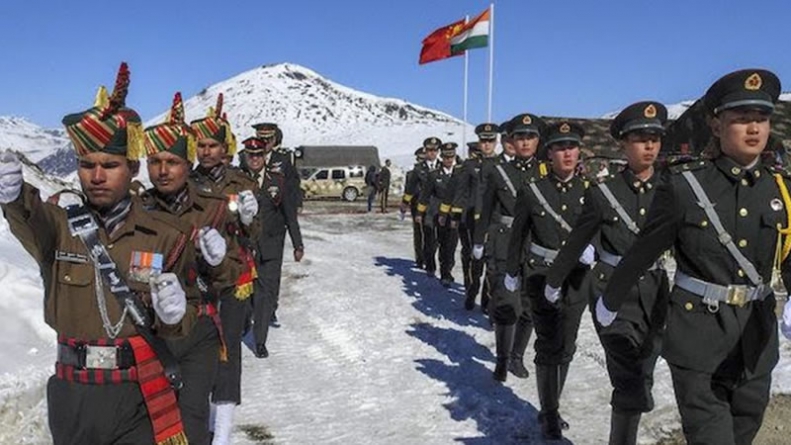 Indian and Chinese military commanders met for a third time in an attempt to ease a month-long face-off over disputed territory and emphasised the need for a phased deescalation of tensions, a senior Indian army official said on Wednesday.

The official said more meetings are expected, both among military officials and diplomats, to reach a mutually agreeable solution and ensure peace along their disputed Line of Actual Control.

The latest meeting took place on the Indian side of the disputed border on Tuesday, he said.

The official spoke on condition of anonymity as he was not authorised to talk to reporters. There was no immediate comment by the Chinese foreign ministry.

India’s army chief, Gen. M. M. Naravane, visited the area in Ladakh last week to review his troops preparedness after hand-to-hand combat between Indian and Chinese soldiers on June 15 left 20 Indians dead. Indian officials say there were casualties on the Chinese side as well, but there has been no confirmation by Beijing.

They say the soldiers ignored repeated verbal warnings, triggering a yelling match, stone throwing and even fistfights in at least one place along Pangong Lake, the site of several such confrontations in the past.

The Galwan Valley, where the clash occurred, is part of a remote stretch of the 3,380-kilometre (2,100-mile) Line of Actual Control the border established following a war between India and China in 1962 that resulted in an uneasy truce.

Infuriated by the border tensions, Indian protesters have been calling for a boycott of Chinese goods since the June 15 confrontation. On Monday, the government said it has banned 59 Chinese-owned apps, including TikTok, which is operated by Chinese internet firm Bytedance. It cited privacy concerns that it said pose a threat to India’s sovereignty and security.

Nitin Gadkari, India’s minister for road transport and highways, said India will not allow Chinese companies to participate in highway projects and will not let Chinese invest in micro, small and medium-sized enterprises, the Press Trust of India news agency reported. US Secretary of State Mike Pompeo on Wednesday applauded India’s sweeping ban on Chinese apps including TikTok, saying New Delhi was ensuring its own security.

“We welcome India’s ban on certain mobile apps that can serve as appendages of the CCP surveillance state,” Pompeo said, referring to the Chinese Communist Party.

“India’s clean app approach will boost India’s sovereignty and will also boost India’s integrity and national security, as the Indian government cell itself has stated,” he said.

India had been the top international market for TikTok, the blockbuster Chinese app popular with young people that lets users upload and share short videos.

Prime Minister Narendra Modi’s government on Monday banned 59 Chinese apps including TikTok, WeChat and Weibo as relations deteriorate in the wake of a brutal border clash.

India’s ministry of information technology said the apps “are engaged in activities … prejudicial to sovereignty and integrity of India, defence of India, security of state and public order.”

The head of TikTok India denied charges that the company shared any information from its users with a foreign government, including China.

Pompeo has been on a campaign, with limited success, to dissuade other nations from embracing Chinese telecom giant Huawei, a leader in fifth-generation internet technology.