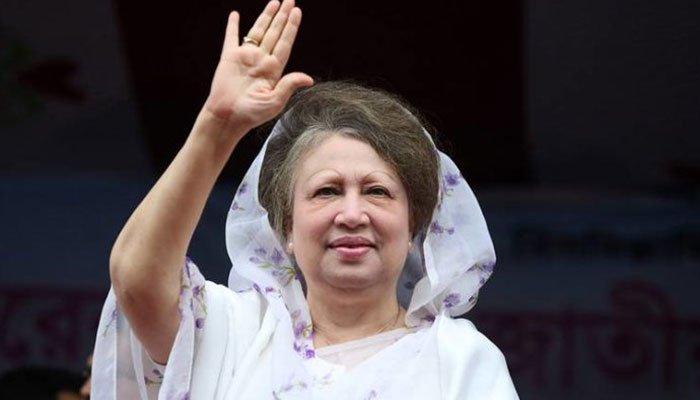 Bangladesh opposition leader Khaleda Zia is set to be released from jail after a court on Monday granted her bail, her lawyer said. The 72-year-old leader of the Bangladesh Nationalist Party (BNP) was jailed for five years last month after she was convicted of embezzling money meant for an orphanage, a charge she had consistently dismissed as politically motivated. Since then she has been held in isolation in a special jail in the old part of the capital Dhaka pending an appeal.

Her lawyer Zainul Abedin told reporters the court had agreed to an interim bail of four months. Violence erupted in major cities across Bangladesh after the guilty verdict was pronounced on February 8, with BNP supporters clashing with police and activists from the ruling party. Zia, who entered politics in the mid-1980s after her military dictator husband was assassinated in an abortive coup, also faces dozens of separate charges related to violence and corruption. The former ally turned arch-foe of Bangladesh’s Prime Minister Sheikh Hasina has repeatedly said the charges she faces are aimed at excluding her and her family from politics.

Her party boycotted the 2014 polls in which Hasina was re-elected but is expected to contest the upcoming general election. BNP secretary general Fakhrul Islam Alamgir said the delay in granting her bail had been an “anomaly”. “In such cases, bail is usually granted instantly as soon as an appeal is lodged. This case (of Zia) was an absolute anomaly of being so late,” he told a French wire service. Zia and her son were detained by an army-backed government in 2007 and spent a year and a half in detention pending trials for alleged corruption. The ex-premier is also accused of dozens of other criminal cases. Her supporters fear the ruling party may try and keep her detained on other charges.