Around 50 Dead In Bombings Across Three Afghan Cities 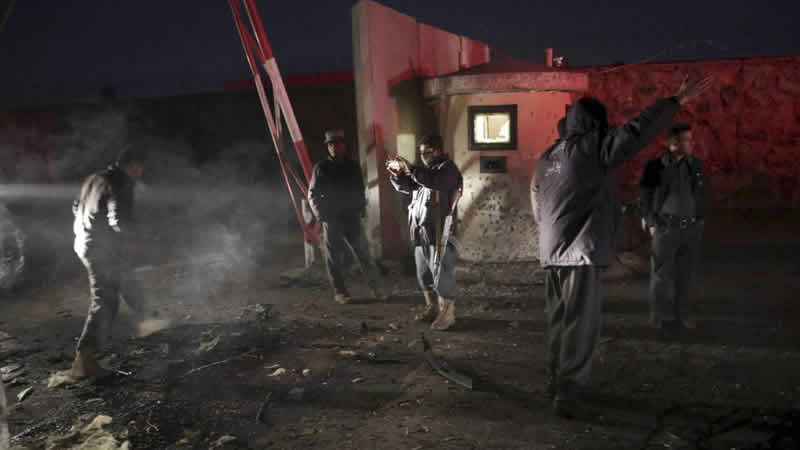 Around 50 dead in bombings across three Afghan cities

Bombings across three Afghan cities, including Kabul, killed around 50 people on Tuesday, in a day of carnage that shattered a relative lull in violence as insurgents escalate a deadly winter campaign.

At least nine people died when explosives hidden in a sofa detonated inside the governor’s compound in southern Kandahar during a visit by the UAE ambassador to Afghanistan, who escaped the attack with injuries. Just hours earlier, twin Taliban blasts in Kabul tore through employees exiting a parliament annexe, which houses the offices of lawmakers, killing at least 30 people and wounding 80 others. And earlier Tuesday, a Taliban suicide bomber killed seven people in Lashkar Gah, the capital of volatile Helmand province, as the militants ramp up nationwide attacks despite the onset of winter, when fighting usually wanes.

The carnage underscores growing insecurity in Afghanistan, where US-backed forces are struggling to combat a resilient Taliban insurgency as well as al Qaeda and Islamic State militants. Kandahar’s governor and UAE envoy Juma Mohammed Abdullah Al Kaabi were wounded by flames from the explosion, but many others were burned beyond recognition, provincial police chief Abdul Raziq told AFP. He said around a dozen people were killed in the bombing, but local Tolo News gave a death toll of nine.

No militant group has so far claimed responsibility. But the Taliban said they were behind the Kabul blasts. In the first explosion, a suicide bomber blew himself up next to a minibus transporting government employees. As rescuers reached the scene, a car bomb exploded. Among the 30 dead were four policemen who were killed in the second explosion when they rushed to help the victims of the first blast. Health Ministry spokesman Waheed Majroh warned that the toll was expected to rise, as many of the wounded were battling for their lives in a hospital. Taliban spokesman Zabihullah Mujahid said they were behind the twin blasts, adding the victims were mostly Afghan intelligence agents. The insurgents are known to exaggerate battlefield claims.

Raheel Sharif; You See, Why Nawaz Acted So Confidently?

Raheel Sharif; You See, Why Nawaz Acted So Confidently?