One Dead After Gunman Attack Indian Army Camp In Held-Kashmir 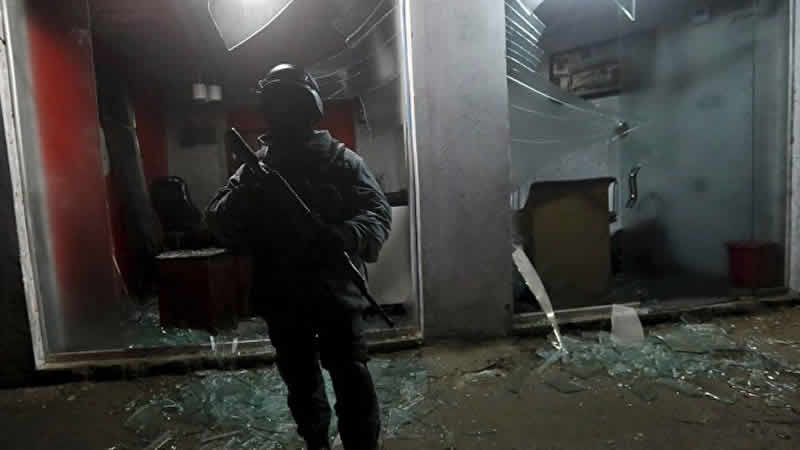 One dead after gunman attack Indian army camp in held-Kashmir

One Indian paramilitary trooper was killed and another injured when unknown gunmen opened fired at a military camp in Baramulla area of Indian-held Kashmir late on Sunday.

According to AFP, one Border Security Force (BSF) trooper who was stationed in the camp was killed. One BSF man has been killed and another injured,” Imtiyaz Hussain Mir, senior police superintendent of Baramulla town where the attack occurred, told AFP. The Army Camp of the 46 Rashtriya Rifles located in district Baramulla in Indian-Occupied Kashmir, was attacked by unknown assailants.

The camp is located at a distance of 54 km from Srinagar, the capital of held-Kashmir. Times of India reported that heavy firing and grenades explosion was heard in the area at around 10.30 PM local time. Omar Abdullah, former Chief Minister of held-Kashmir also confirmed reports of heavy firing.

Northern Command of Indian Army said in a tweet that the situation at Baramulla was now contained and under control. It was not clear whether the attackers had breached the army camp perimeter. The camp is located near the Army camp in Uri, which was attacked on 18th September killing 18 Indian soldiers.

10 Reasons The World Is Shocked At Jolie-Pitt’s Divorce

18 Dead As Libyan Forces Confront IS

18 Dead As Libyan Forces Confront IS