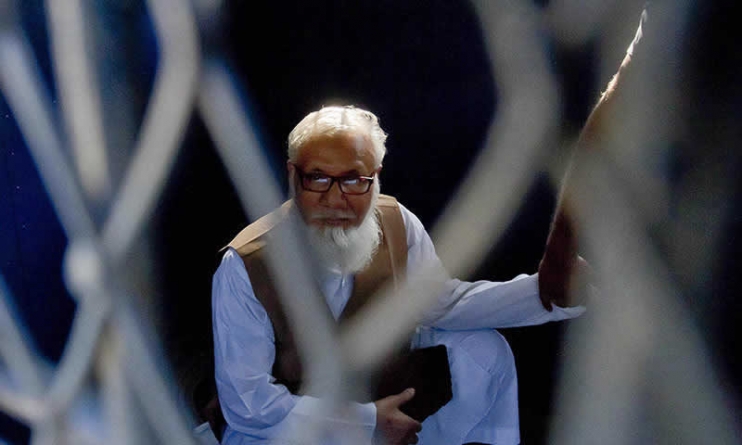 Bangladesh’s highest court on Wednesday upheld the death sentence for the ‘Emir’ of the Jamaat-i-Islami party for crimes during the country’s 1971 independence struggle, paving the way for his execution within months.

who was sentenced to be hanged for murder, rape and orchestrating the killing of top intellectuals as the head of a ruthless militia during the conflict. “The court upheld the death sentence in three out of four charges,” prosecutor Tureen Afroz told reporters. Nizami, 72, Jamaat’s leader since 2000 and a minister in a former Islamist-allied government of 2001-2006, now faces the gallows within months unless his case is reviewed by the same court or he is granted clemency by the president. Three senior Jamaat officials and a key leader of the main opposition have been executed since December 2013 for war crimes, despite global outcries over the shortcomings of their trials by a controversial war crime tribunal.

The court dismissed previous reviews of those four opposition leaders on death row, leading to their execution, the latest in November last year. Prosecutors said Nizami was the leader of a student wing of Jamaat during the war and turned it into the Al-Badr pro-Pakistani militia, which killed top professors, writers, doctors and journalists in the most gruesome chapter of the conflict. Their bodies were found blindfolded with their hands tied and dumped in a marsh on the outskirts of the capital.