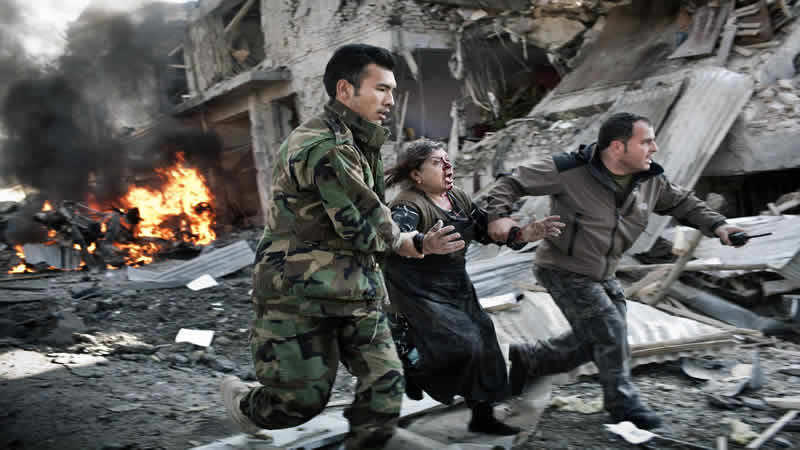 Four other civilians were wounded in the attack, interior ministry spokesman Sediq Sediqqi said on Twitter. “One civilian killed and (four) civilians wounded in today’s car bomb explosion,” he said.

However, Kabul Police Chief Abdul Rahman Rahimi confirmed one person was killed and 13 others wounded, according to Afghanistan’s . “The bombing occurred near Kabul airport… We are finding out more details,” Gul Agha Rohani, Kabul deputy police chief, told AFP. Taliban spokesman Zabiullah Mujahid said the insurgents were behind the suicide attack on a foreign forces convoy. The Taliban are known to exaggerate battlefield claims. In a brief statement, Nato said it was investigating the incident. The attack comes a day after Chief of Army Staff General Raheel Sharif during a visit to Kabul on Sunday held meetings with Afghan President Ashraf Ghani, Chief Executive Dr Abdullah Abdullah and the US and Nato commander in Afghanistan, Gen John Campbell. During the meetings, Pakistan and Afghanistan agreed to take the first formal steps towards the resumption of reconciliation talks between the Afghan government and Taliban by convening a meeting in the first week of January under the recently formed ‘quadrilateral framework’ that also involves China and the United States.

The Taliban carried out another suicide attack a week earlier in which six American troops were killed and two others along with an Afghan were wounded near Bagram Airfield just north of Kabul. The troops were killed when an attacker rammed an explosives-laden motorcycle into their patrol in a village near the airfield. Afghan and foreign forces are currently battling to push out Taliban insurgents who have seized large swathes of the key opium-rich district of Sangin in southern Helmand province. Observers say the intensifying insurgency highlights a push by the militants to seize more territory in a bid to wrangle greater concessions during talks with the Afghan government.