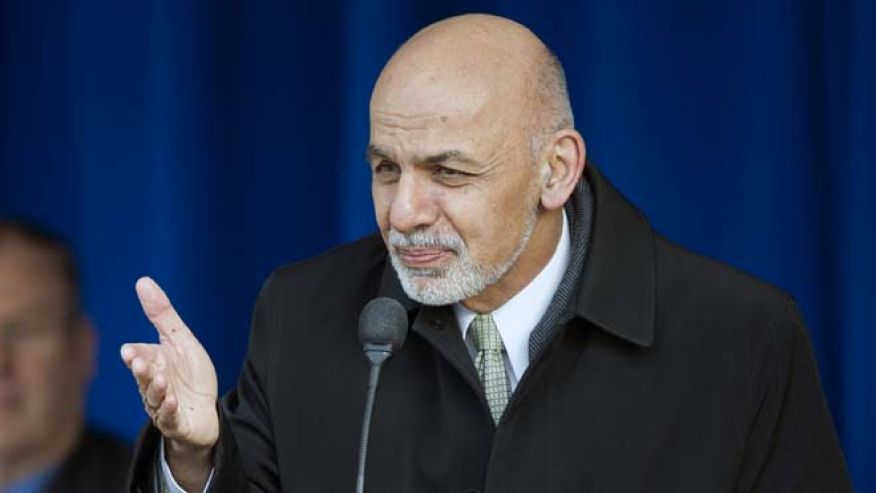 President Ghani urged to save Helmand from falling to Taliban

Afghan President Ashraf Ghani is expected to visit Pakistan on Dec 9 on the occasion of the Fifth Ministerial Conference of the Heart of Asia-Istanbul Process which is being jointly hosted by Pakistan and Afghanistan.

The two-day meeting of the regional initiative is being held on Dec 8-9 in Islamabad and will be attended by foreign ministers or senior representatives from Azerbaijan, China, India, Iran, Kazakhstan, Kyrgyzstan, Rus­sia, Saudi Arabia,Tajikistan, Tur­key, Turkmenistan and UAE.

Prime Minister Nawaz Sharif, at a trilateral meeting with Afghan President Ashraf Ghani and his British counterpart David Cameroon on the sidelines of the Summit on Climate Change in Paris, said: “A warm welcome awaits Mr Ghani in Islamabad at the Heart of Asia Meeting on 9th December”. A senior Western diplomatic source said that progress on the resumption of suspended Afghan reconciliation was expected during President Ghani’s trip to Islamabad. Mr Ghani’s visit was in doubt because of the strains in ties that followed the breakdown of the reconciliation dialogue in July between the Afghan government and Taliban, which was facilitated by Pakistan.

Disclosure about Mullah Omar’s death by Afghan intelligence agency ahead of the second round of talks scheduled for July 31 led to the cancellation of the planned meeting. The subsequent up-tick in violence in Afghanistan added to the bilateral mistrust. The Afghan president on multiple occasions accused Pakistan of acting against his country’s interests and not doing enough to end terrorist bases on its soil from where attacks were being launched against Afghanistan. Major progress towards resumption of Pak-Afghan high-level contacts happened after Pakistan and the United States agreed to work together for the revival of Afghan peace dialogue during Army Chief Gen Raheel Sharif’s visit to Washington in the later part of November.