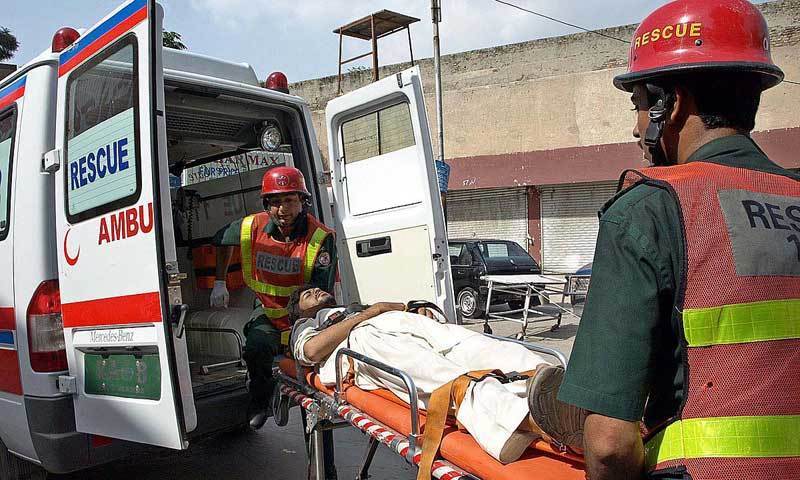 Seven killed as bus plunges into ditch in Rawlakot

At least seven people, including a woman, were killed and 11 others wounded on Friday when a passenger bus plunged into a ditch in Azad Jammu and Kashmir’s Rawalakot district.

The bus, travelling from Rawalpindi to Rawlakot fell in the ditch, when the drive took a fast turn on the Goyee bridge.

Seven people died on the spot. Rescue and emergency teams reached the spot and shifted the victims to Combined Military Hospital, Rawalakot, and Combined Military Hospital, Rawalpindi. Around 11 people, including the driver of the bus and three women, were injured in the accident. Pakistan has an appalling record of fatal traffic accidents due to poor roads, badly maintained vehicles and reckless driving. Crashes killing dozens of people are not uncommon.

The mountainous areas of Kashmir and the north, where drivers career around narrow hairpin bends over deep ravines with scant regard for safety, are particularly prone to accidents. Close to 9,000 road accidents are reported to the police every year since 2011, killing over 4,500 people on average, according to the Pakistan Bureau of Statistics (PBS).

Video Game Titans Get Back in Stride At E3

Video Game Titans Get Back in Stride At E3