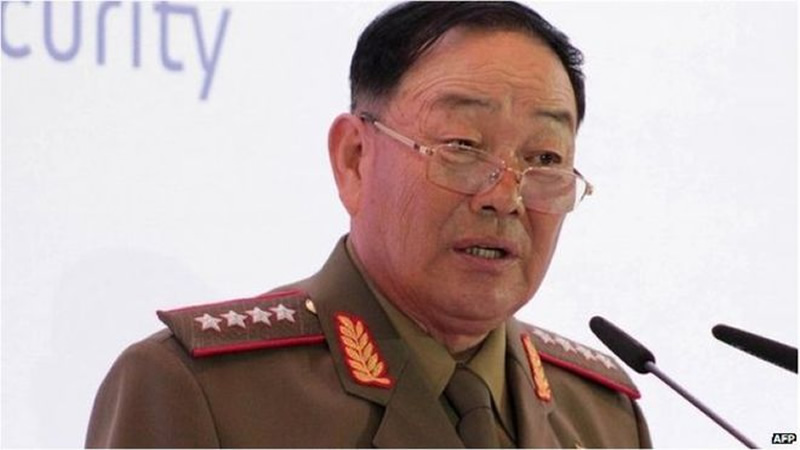 NIS didn’t tell lawmakers how it got the information and wouldn’t comment when contacted by The Associated Press. Hyon, who was appointed to the post of Minister of the People’s Armed Forces less than a year ago, was apparently caught dozing off during formal military events and also talked back to Kim Jong-Un on several occasions, Yonhap said. The Yonhap report was based on a briefing by a ruling Saenuri party lawmaker who attended the parliamentary committee meeting. Han told the committee that Hyon was executed with anti-aircraft fire — a method cited in various unconfirmed reports as being reserved for senior officials who the leadership wishes to make examples of.

In North Korea, the defence minister is mainly in charge of logistics and international exchanges. Policy-making is handled by the powerful National Defence Commission and the party Central Military Commission. Kim Jong Un has orchestrated a series of purges since taking power in late 2011. South Korea’s spy agency has a spotty record of tracking developments in North Korea. Information said about the secretive, authoritarian state is often impossible to confirm.