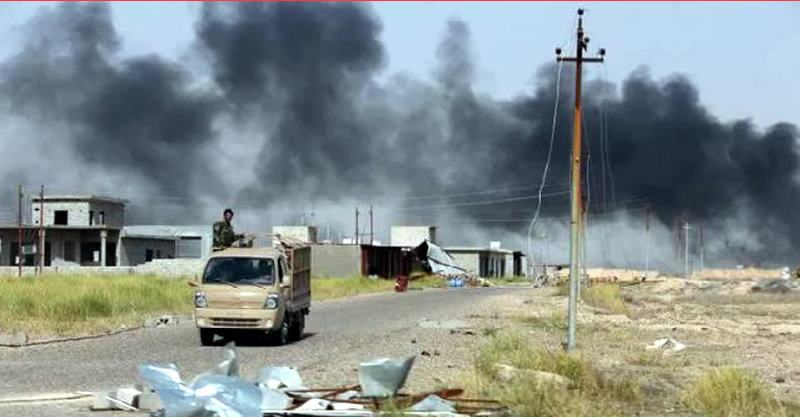 The Islamic State group has lost control of “25 to 30” percent of the territory it holds in Iraq after coalition air strikes and an Iraqi offensive, the Pentagon said Monday.

The radical group took control of large swathes of the north and western parts of the country months ago after an offensive and the collapse of Iraqi military units.

Following months of an air campaign by a US-led coalition and a rallying of Iraqi forces, the Islamic State (IS) grip on parts of the country is fading, the Pentagon claims. “ISIL is now being slowly pushed back,” said Pentagon spokesman Colonel Steve Warren. “Iraqi security forces and coalition air power have unquestionably inflicted some damage on ISIL,” he said using another acronym for IS. The lost territory amounts to some 13,000 to 17,000 square kilometers (5,000 to 6,500 square miles), Warren said. A much touted Iraqi offensive has been announced targeting the city of Mosul.

Since August, coalition aircraft have conducted airstrikes on 3,244 IS targets, 1,879 in Iraq and 1,365 in Syria. The US has carried out about 80 percent of the strikes, according to Pentagon data. In Syria, IS has maintained its influence on the ground, recently losing areas around Kobane, but gaining ground around Homs and Damascus and in the Yarmuk refugee camp, Warren said. US President Barack Obama meets Tuesday at the White House with Iraqi Prime Minister Haider al-Abadi. – AFP

Pair of Japanese Mangoes? Sold to The Man With $2500

Pair of Japanese Mangoes? Sold to The Man With $2500