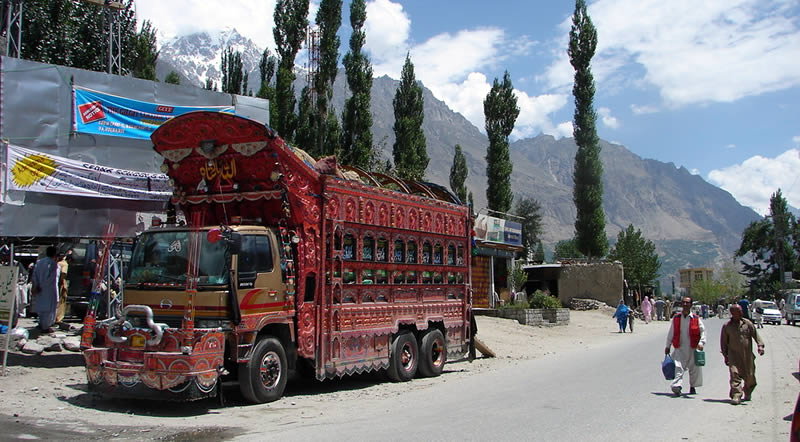 Authorities in Azad Jammu and Kashmir (AJK) and Indian-held Kashmir (IHK) arrived at some sort of consensus regarding resumption of the stalled intra-Kashmir trade, as all but one of the stranded trucks were allowed to return to their respective sides late on Wednesday night.

“Yes, I confirm that all except one of the 72 trucks, which were stuck up here and across the LoC since Friday, have returned to their respective sides a few minutes ago,” retired Brigadier Imtiaz Wyne, director general AJK Travel and Trade Authority (TATA) told Dawn from Chakothi terminal at 10:35pm. On Friday, 50 trucks from IHK and 22 trucks from AJK were stuck up on the opposite sides, after IHK authorities alleged they had recovered suspected contraband items from an orange-laden vehicle from here. Driver Inayat Shah of that truck and trader Zahoor Ahmed Malla, in whose name the consignment was booked, were also taken into custody. Authorities from both sides held a meeting on Monday afternoon in a “positive atmosphere” during which they put forth some proposals but failed to take any decision there and then. Late on Monday evening, AJK police detained Basharat Iqbal, Trade Facilitation Officer (TFO) at Chakothi Terminal, for investigations, though the action was played down as a customary inquiry.

The police also tried to hunt trader Mushtaq Ahmed Mir, who had booked the consignment from here, but in vain. Instead, in the wee hours of Tuesday, his elderly father, two young brothers and a 10-year-old son were picked from Ambore refugee camp “as part of traditional police tactics to pressurise the trader into surrendering himself to the police,” one of his relatives told Dawn. Also on Tuesday, Mr Wyne submitted an application in Chinari police station for formal inquiry into the incident. The application, he told Dawn, was aimed at investigating that whether any contraband item had been smuggled from here or not, and whether the laid down procedure (for scanning and certification of trucks to be sent across the LoC) had been followed at Chakothi Terminal or not. In the light of the application, the police registered a case against TFO Iqbal, trader Mir and driver Inayat Shah under sections 121-A, 221, 222, 419, 420, 467, 468, 471 of the Penal Code. On Wednesday, Mr Iqbal was produced before an executive magistrate, who remanded him in police custody for seven days.

When asked did the arrest of TFO amount to acknowledgement that drugs have been trafficked from here, Mr Wyne replied: “Still things are under investigation. Police will look into all aspects to come up to the conclusion. Any comment at this point may misdirect the investigation.” To another question, he said there had been positive progress on AJK’s request to the IHK authorities for a joint investigation. “Hopefully we will be able to exchange investigations and get the material evidence from IHK authorities,” he said. When asked whether it meant that the IHK authorities would prosecute the driver according to their law, he replied in the affirmative. “On our side the case will be pursued according to our law.” Mr Wyne also claimed that trade would resume from Thursday (today). “Immediately we may not have any goods laden trucks in our terminal to send across the LoC, but several loaded trucks there are waiting for their turn to transport goods to our side,” he said.